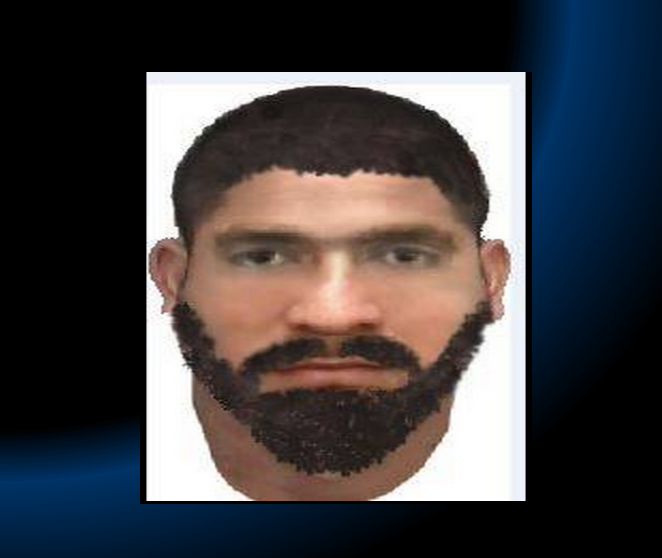 All three have a similar assailant description, first two had female victims, but the last was male. The female victims, a 18 and 21-year-old female and the most recent a 21-year-old student. The suspect is described as approximately 30-40 years of age, 5’6-5’11, 170-180 pounds with a full mustache and beard. His hair is short to medium and brown in color, his voice is described as raspy and two of the victims described him smelling like cigarettes and wet dog. He is possibly driving a white 4-door vehicle, possibly a Volkswagen Wagon.

On Tuesday, January 20, 2015 at approximately 5:00 p.m., the 18-year-old victim was approached by the suspect in the parking lot of Victor Valley College near the Student Activities Center. The suspect asked the victim about a classroom, and then grabbed the front of her jacket when she tried to walk away. The suspect reached inside the front of victim’s pants and tore her underwear. The victim was able to get away from the suspect and call the police.

On Wednesday, January 21, 2015 at approximately 1:00 a.m., the 22-year-old victim was walking on the sidewalk in front of the Ashley Furniture store. The unknown suspect walked up behind her and asked to use her phone. She told him that she did not have a phone and started to quickly walk away. The suspect shoved her to the ground and started dragging her by the leg across the sidewalk. The victim was able to turn and kick the suspect, which caused him to let her go. The victim saw an older white vehicle parked in front of the Ashley Store at the time of the assault, and believes it may belong to the suspect.

The most recent victim, a 21-year-old male was walking from the lower campus at Victor Valley College toward upper campus when he was approached by the unknown male. The male had asked to use his phone then attacked him using a knife. The two fought briefly with the suspect running away. The victim contacted campus police and the Victorville police immediately following the attack and the description given was consistent with the other two recent attacks, one being at the college and one being on Amargosa Road in Victorville.

The victim sustained minor scratches and the suspect may also have facial injuries sustained during the fight. The sketch of the suspect was completed with the help of the victims.

It is believed that these assaults were committed by the same suspect. Anyone with information regarding these assaults is asked to contact the Victorville Station, Detective Gardner at (760)241-2911. Callers wishing to remain anonymous are urged to call the We-tip Hotline at 1-800-78-CRIME (27463) or you may leave information on the We-Tip Hotline at www.wetip.com.