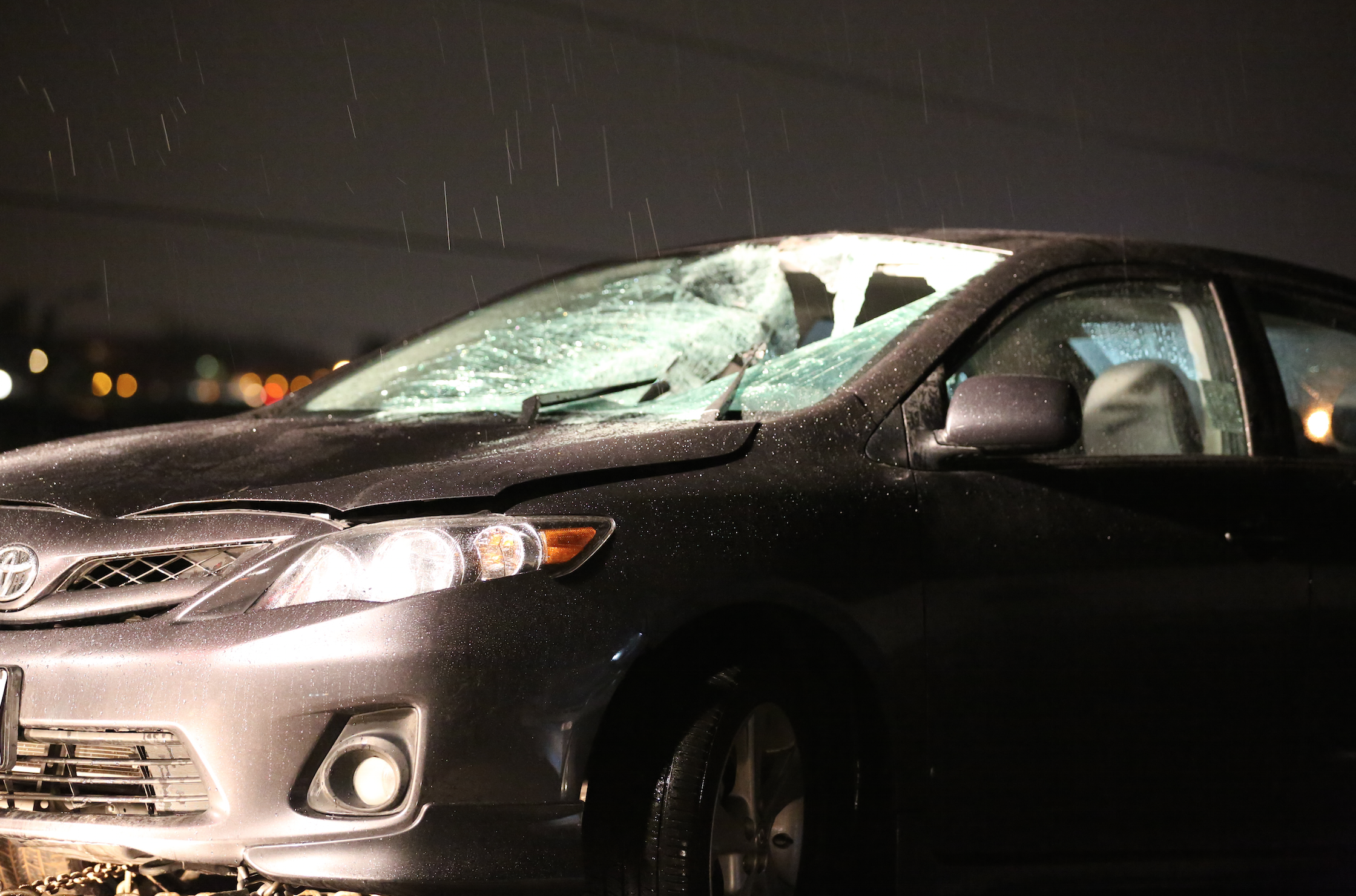 HESPERIA:(VVNG.com)- An 18-year-old male was seriously injured after being struck by a gray Toyota Corolla while riding his skateboard. The incident was reported at 5:21 PM on January 10, 2015 in the area of Third Avenue and Manzanita Street, in Hesperia.

Both the driver and the teen were traveling northbound in the same direction when the incident occurred, according to public information officer Karen Hunt with the Hesperia Police Department.

The victim, identified by family members as Trevor, a senior at Hesperia High School, was airlifted with life threatening injuries to Antelope Valley Hospital. According to a close family friend, Trevor remains in critical condition and so far has undergone several surgeries and transfusions.

The driver, whose identity has not been released, received minor injuries and declined medical treatment at the scene. The vehicle sustained major front end damage including a collapsed windshield.

It has not been determined if alcohol or speed was a factor. The cause of the incident is currently under investigation by the Major Accident Investigation Team.

Anyone with information is asked to contact Deputy Simon DeMuri or Deputy Brian LoVasco with the Hesperia Station at 760-947-1500.