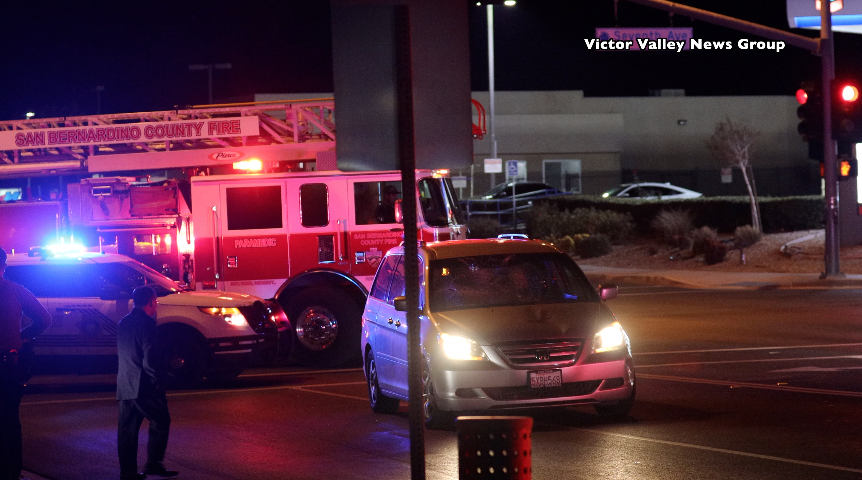 HESPERIA, Calif. (VVNG.com) –– A skateboarder was flown to a trauma center after he was struck by a van in Hesperia Friday night.

The crash was reported just after 8:30 p.m. at the intersection of 7th Avenue and Main Street.

Emergency personnel arrived on scene and located an adult male, described to be in his 30’s, lying in the roadway.

The skateboarder was conscious and alert but sustained critical injuries.

A San Bernardino County Fire ambulance transported the man to the Hesperia Airport where he was then flown by helicopter to Arrowhead Regional Medical Center in Colton.

A passenger inside the van told Victor Valley News they were heading to their home in Oak Hills after leaving when the crash happened.

“We were driving [westbound] on Main Street when this man on a skateboard just came out of nowhere,” the witness said.

“We had a green light and cars were coming from both directions when he crossed.”

The driver remained on scene and cooperated with officials.
Deputies with the Hesperia Sheriff’s Station are investigating the crash.