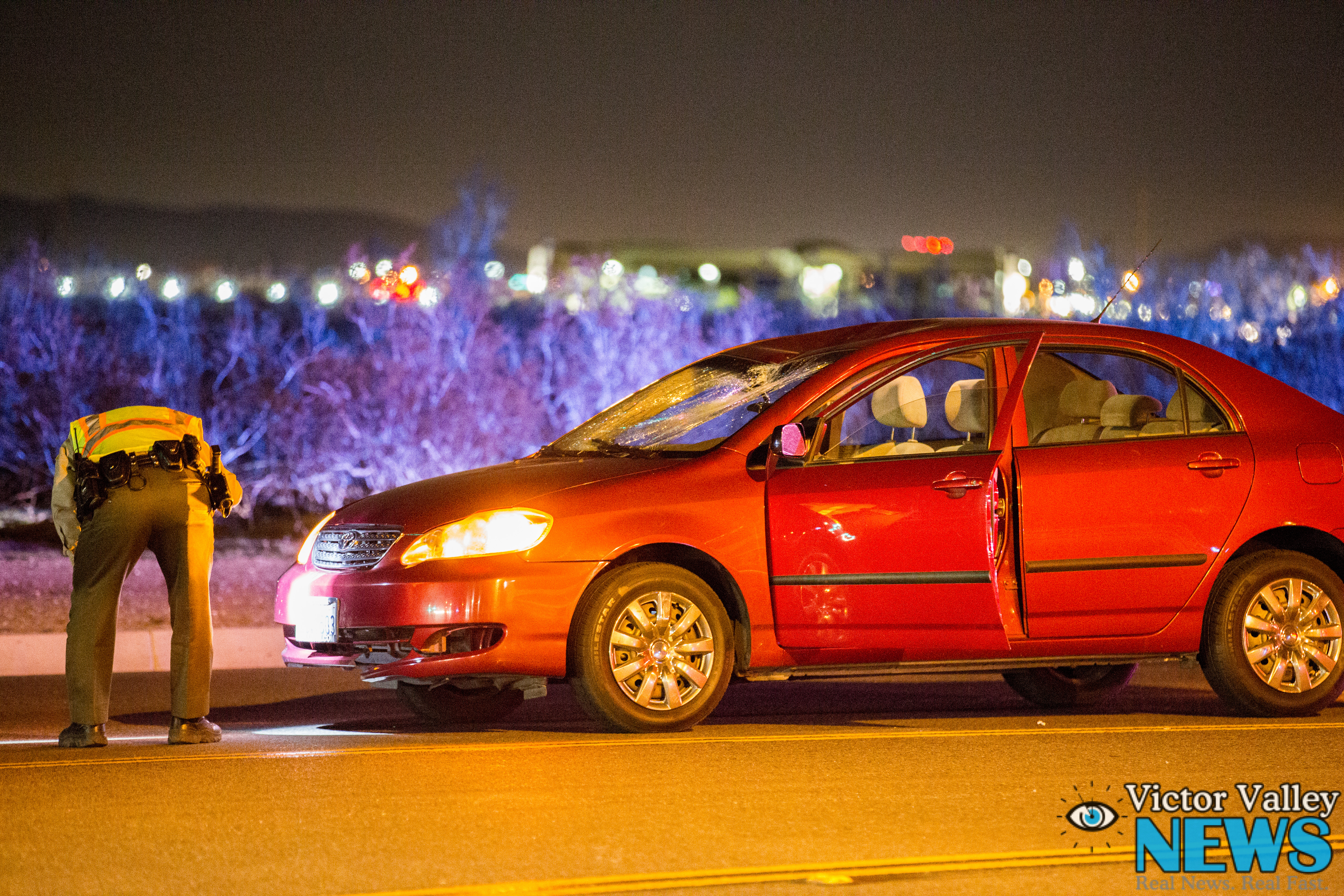 VICTORVILLE:(VVNG.com)- A 19-year-old skateboarder was struck by a vehicle on a busy roadway across the street from First Assembly of God on Wednesday night.

Just after 7:30 PM., a red Toyota Corolla was traveling eastbound in the No.1 lane on Nisqualli Road between Mariposa Road and Balsam Road when the vehicle struck the man.

The woman driving the vehicle told Victor Valley News she was on her way home from work and she travels that road every day. “I feel so bad about what happened, I never even saw him, everything just happened so fast,” stated the woman.

According to a witness at the scene, who did not want to be identified, he explained that moments after the impact the pedestrian was lying in the roadway and appeared to be suffering from a seizure. “He was acting combative with everyone. I think he had blurred vision or something was in a state of confusion after being hit,” stated the witness.

Due to the extent of injuries, an air ambulance was requested to transport the 19-year-old male. He was taken by ground ambulance to Desert Valley Hospital and flown to Arrowhead Regional Medical Center. His condition is currently unknown. The driver of the vehicle was not injured, however, she was visibly distraught about what happened.

The Corolla sustained major damage to the front windshield. Personal items belonging to the pedestrian including a broken skateboard, hat, and shoes remained in the roadway while police conducted the investigation.

The driver remained at the scene and cooperated with authorities. A portion of Nisqualli Road was temporarily shut down while police conducted the investigation. Deputies at the scene said speed was not a factor in the collision.