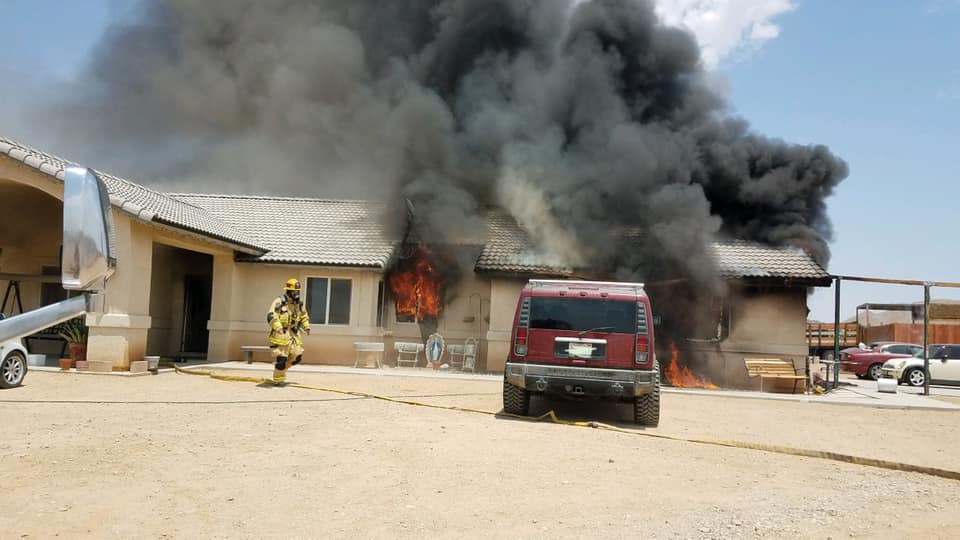 San Bernardino County Firefighters were dispatched to the residential fire in the 29000 block of Gunsmoke Road at about 1:30 pm, on July 12, 2021.

When firefighters arrived on scene they found heavy smoke and fire from an attached garage of a single-story home.

Batallion Chief Mike McClintock said crews initiated a transitional attack, working to keep the fire from spreading to the living quarters of the home. “No municipal water system in the area challenged firefighters, however they utilized water tenders and fire engines to shuttle water to keep water flowing.”

McClintock said the fire was knocked down in 30 minutes and firefighters were successful in keeping the fire from spreading to the majority of the living quarters. The American Red Cross was notified to assist six occupants displaced from the property. The fire is under investigation by Fire Investigators.

San Bernardino County Fire responded with an Engine, two Water Tenders, a Brush Patrol, a Battalion Chief and a Fire Investigator. Barstow, Marine Corps Logistics Base & Victorville also assisted, each with an Engine.