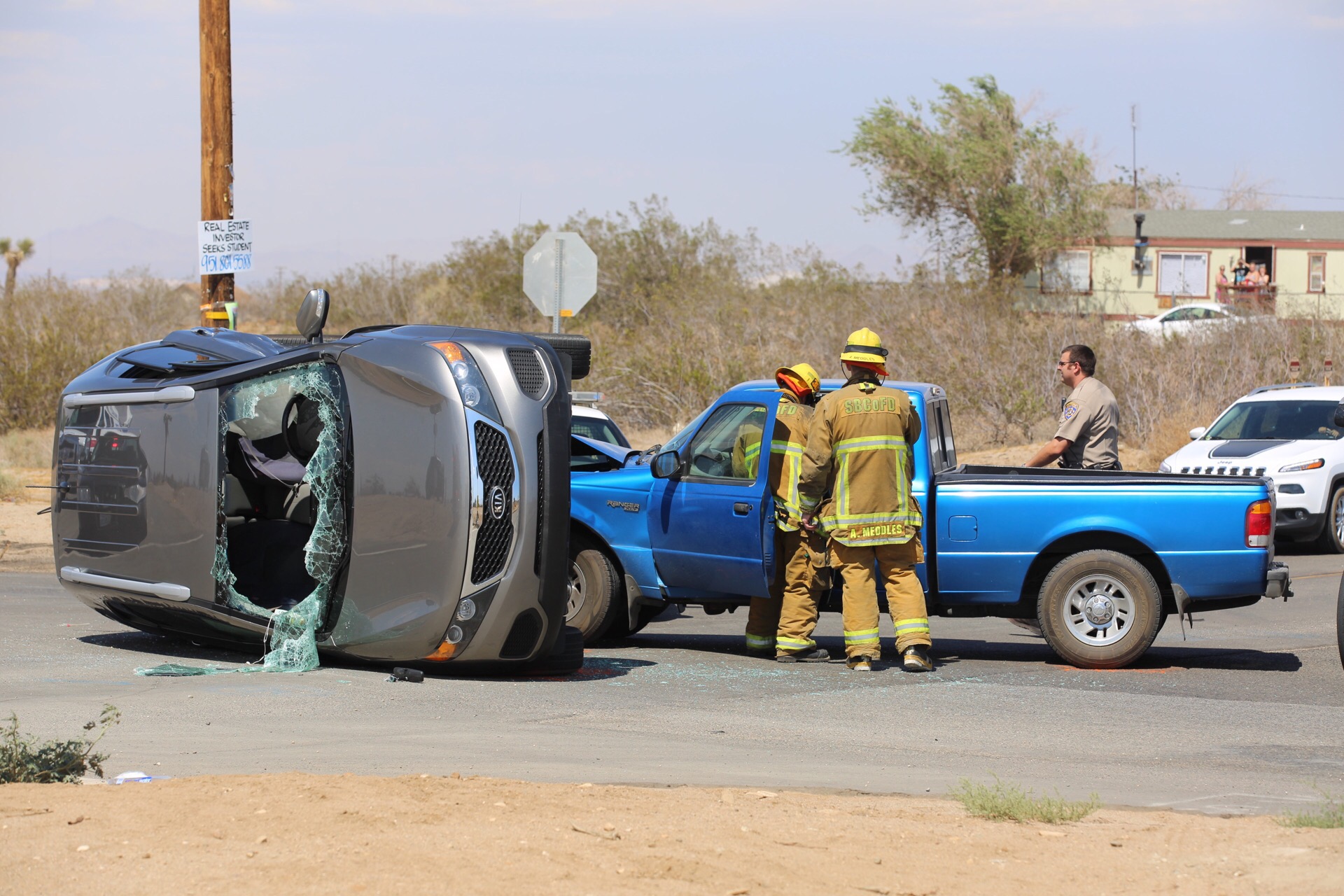 VICTORVILLE:(VVNG.com): Dispatch received a report of a two vehicle traffic collision with one vehicle on it’s side at approximately 2:20 p.m., Sunday.

According to CHP Officer Sean Gordon, the driver of the 1999 blue Ford Ranger was traveling northbound on Baldy Mesa Road when he failed to execute his stop at the intersection of Baldy Mesa and Duncan Road.

The truck collided into the left side of a Kia Sorento that was attempting to turn left onto Baldy Mesa from west bound Duncan.

The impact of the collision caused the Sorento to flip onto its side.

Six people in the Sorento were injured, including a 13-year-old girl that was airlifted with critical injuries.

The other five family members in the Sorento were transported to Desert Valley Hospital with minor injuries.

The 69-year-old driver of the blue Ford was treated at the scene and released.

At this time there is no further information regarding the condition of those injured, information will be updated as it is received.