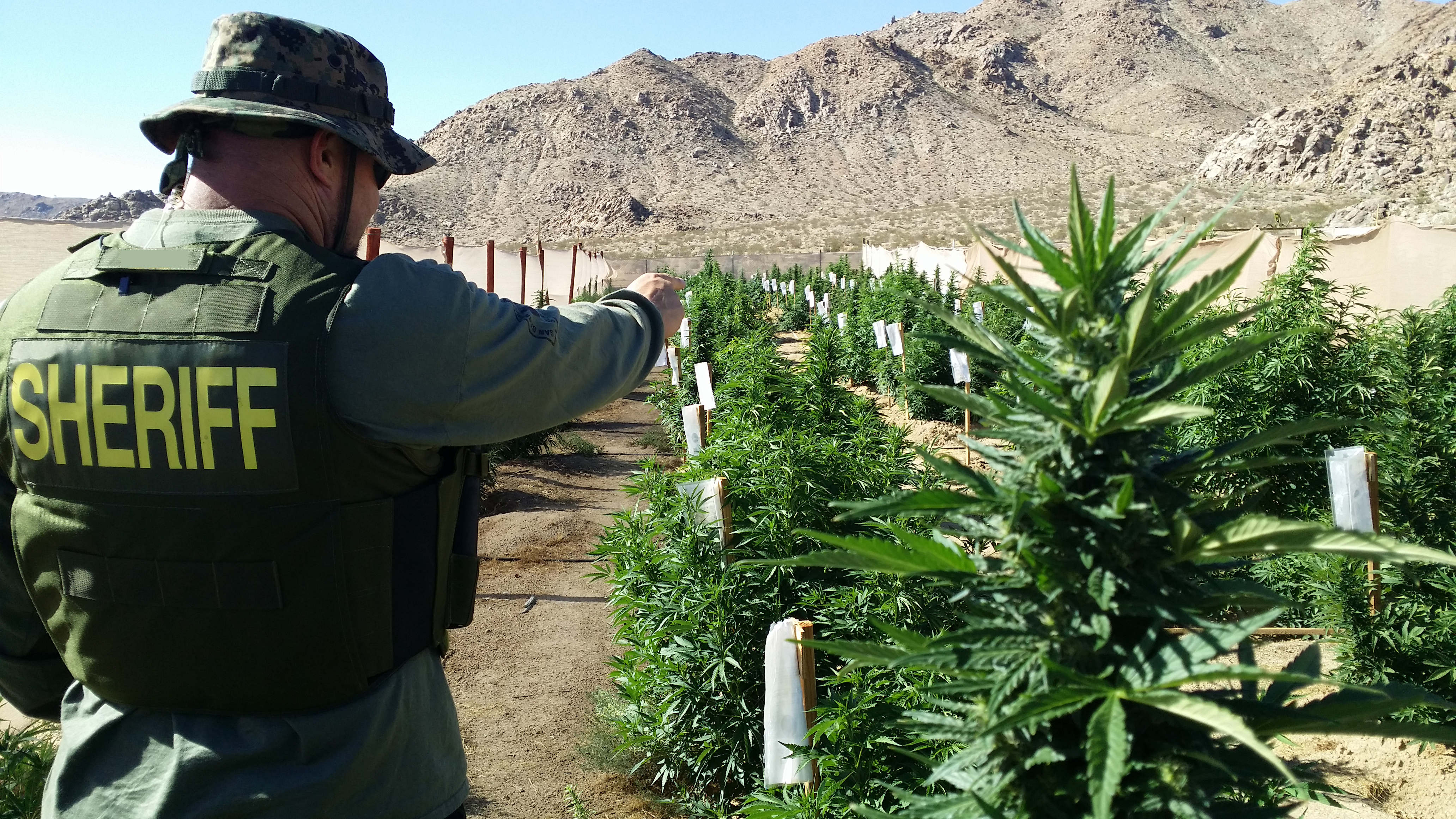 All four residential properties were found to have multiple building code violations by San Bernardino County Land Use / Code Enforcement personnel, who were also on scene during the execution of the search warrants.

At one of the two Rabbit Springs Road properties over 1300 marijuana plants in various stages of growth, measuring from 4-6 feet tall were seized. Two suspects, identified by authorities as Carlos Fierro, 34 from Victorville and Jose Ruiz, 40 a non-US Citizen, attempted to flee from deputies on foot. The chase was short-lived and the suspected were subsequently taken into custody. It was later learned that Ruiz and Fierro were hired to maintain the plants.

The investigation also revealed that the property owner, identified as Michael Beck, agreed to least a portion of the property for to grow marijuana. Investigators determined that 5000-6000 gallons of water was used each day to water the plants. Fierro and Ruiz were booked into the San Bernardino County Jail for cultivating marijuana and possession of marijuana for sales.Charges against Beck will be sent to the District Attorney’s Office for review.

Also arrested next door to the Rabbit Springs Road Location was Eric Aguilar, 24 of Sacramento. He was found cultivating marijuana on the property, with over 800 marijuana plants and a large amount of harvested and processed marijuana at the location. Upon contact being made with Aguilar, he claimed that he was growing for a service called Green Thumb Delivery Service.

Two Bloomington women, Maria Andrade, age 44 and Agripina Caron, age 54 are also named as suspects at this time. The four locations, include a location on Waalew Road, Sunswept Drive and two on Rabbit Springs Road, all in Lucerne Valley.

Over 850 documents containing the personal information for alleged members of this delivery service was exposed and kept in an unsecure area outside in the garden area. This information included the names, birth dates, physical description and addresses of persons.

Law Enforcement caution the public to be weary of the information they provide to businesses or individuals because of the growing problem relating to Identity Theft.

Aguilar was arrested for cultivation of marijuana and possessing marijuana for sales in Riverside County in May 2015. He faces the same charges for his participation in this criminal investigation and was booked into the San Bernardino County jail.

The County’s ordinance prohibiting outdoor marijuana cultivations has been in effect for some time now. Property owners who have been contacted by individuals interested in renting or leasing their property for the purpose of growing marijuana should be cautious and contact Land Use Services to confirm the growing operation is within the conditions set forth by the County. Property owners may be issued citations and held responsible for violations found on their property. This can include civil and criminal penalties, fines or both.

Anyone with information should contact the Sheriff’s Gangs/Narcotics Division at (909)890-4840. Callers wishing to remain anonymous are urged to call the We-tip Hotline at 1-800-78-CRIME (27463) or you may leave information on the We-Tip Hotline at www.wetip.com. 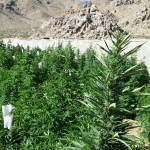