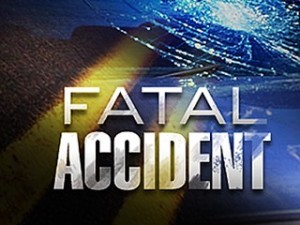 San Bernardino County Fire Department units from Needles were dispatched and upon arrival of the first fire unit, it was determined that a single vehicle carrying 9 passengers had rolled over resulting in multiple ejections.

According to a SBC Fire news release, fire crews on scene immediately began triaging patients and requesting air ambulances for transport. The accident resulted in 4 fatalities, 3 major injuries, and 4 moderate injuries. Units from Station 31 in Needles provided initial treatment of patients until ALS ambulances and transporting helicopters arrived. Patients were transported to multiple area hospitals determined by severity and complexity of injuries sustained.

The driver of the vehicle fled the scene prior to the California Highway Patrol’s arrival. When the identity of the deceased has been determined and next of kin notified, their names will be released.

When the identity of the deceased has been determined and next of kin notified, their names will be released.

The cause of the accident is under investigation and all questions regarding the cause should be referred to the California Highway Patrol.