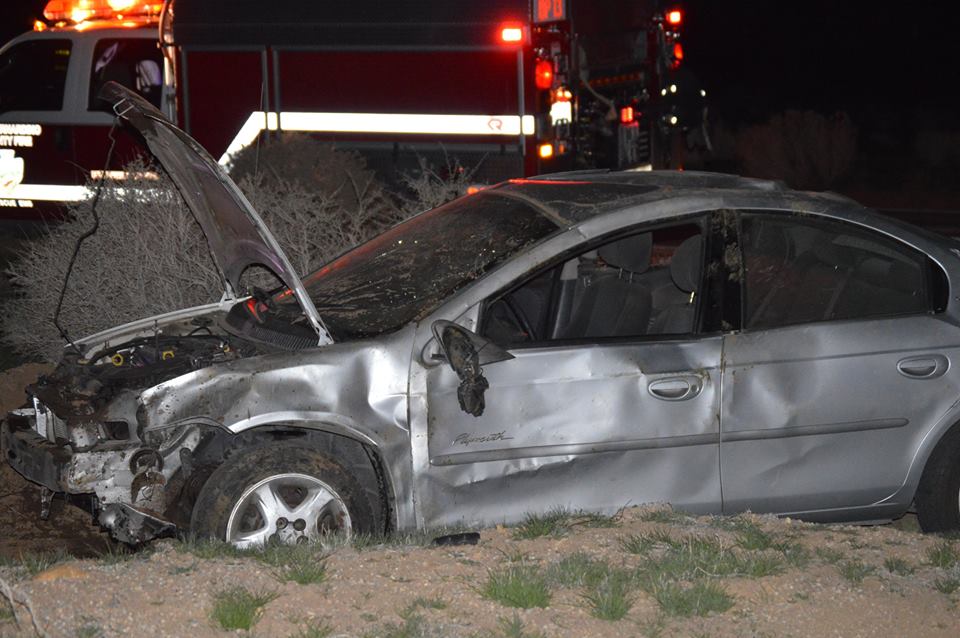 PHELAN– (VVNG.com):  On Friday, February 6, 2015 at approximately 9:35 P.M., dispatch received a call reporting a vehicle rollover in the area of Phelan and Nevada Road.

Upon arrival, deputies located a male driver in his gray Plymouth Neon and two other vehicles pulled to the side of the road.

Prior to the collision the Plymouth was traveling eastbound on Phelan Road at approximately 70-75 miles per hour. According to witnesses, the driver, attempted to pass vehicles heading eastbound in the westbound lanes.

The driver swerved to miss oncoming traffic, causing the vehicle to lose control and overturn in the dirt shoulder area.

During the collision, the vehicle flipped forward, ultimately landing back on it’s tires. While overturning, the vehicle threw several rocks that caused damage to two other vehicles.

The sole male driver of the vehicle was transported by ground ambulance to a local hospital with minor injuries.