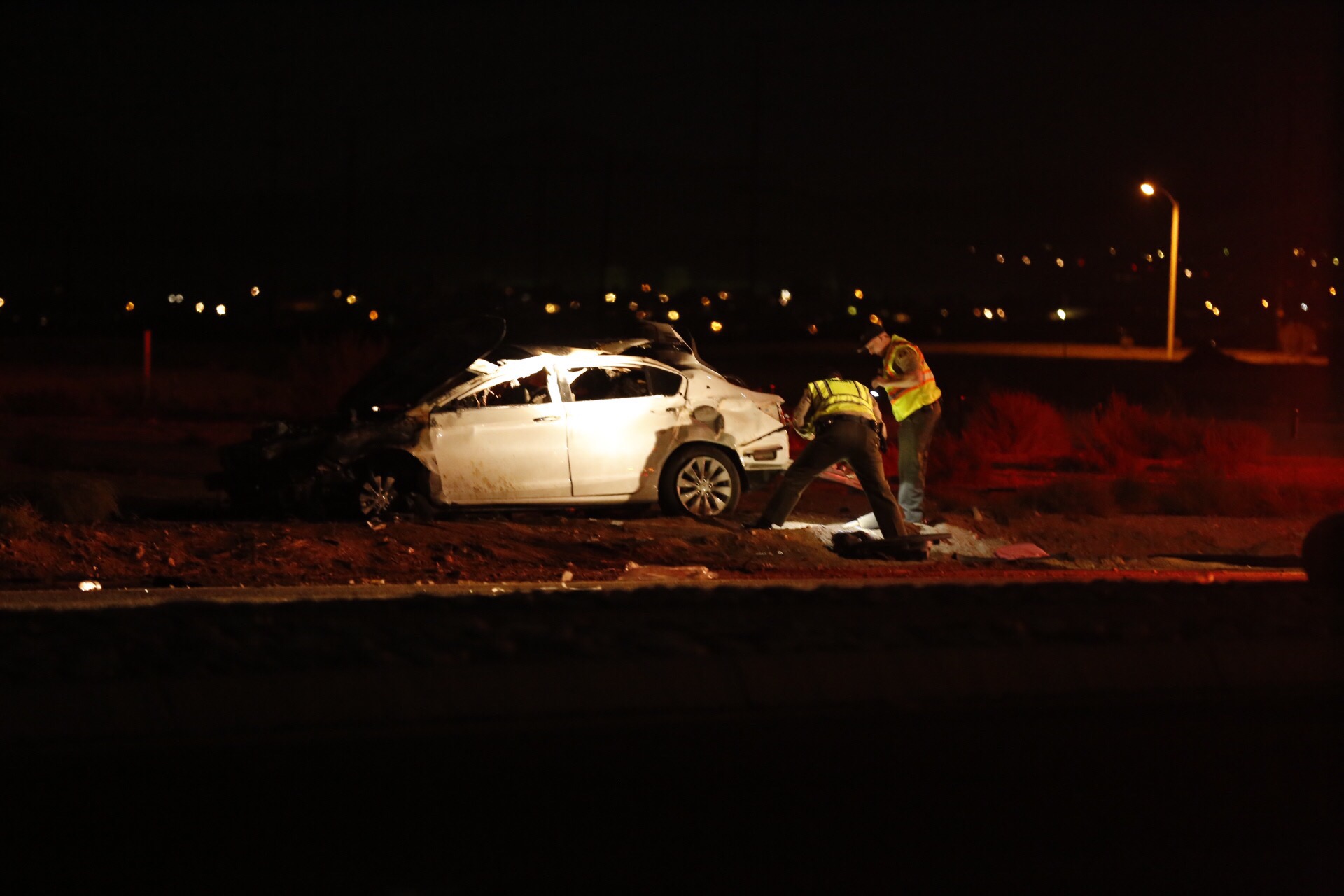 VICTORVILLE – (VVNG.com): On Friday, November 7th at approximately 10:18 p.m. dispatch received a report of a single-vehicle rollover in the area of Mojave Drive and Bamboo Lane. The single vehicle caught fire just after impact.

Scanner reports indicated that at least one person was trapped inside the vehicle and one was ejected from the vehicle causing severe injuries. At least one patient was airlifted to Arrowhead Regional Medical Center in Colton. A portion of Mojave Drive was closed temporarily for investigation by the Major Accident Investigation Team (M.A.I.T).

According to a witness, the vehicle was traveling from the west to the east down Mojave Drive when it “just blew up”, causing the driver to lose control and hit the center divider. The vehicle reportedly rolled 4 times and eventually landed in the dirt field on the opposite side of the street.