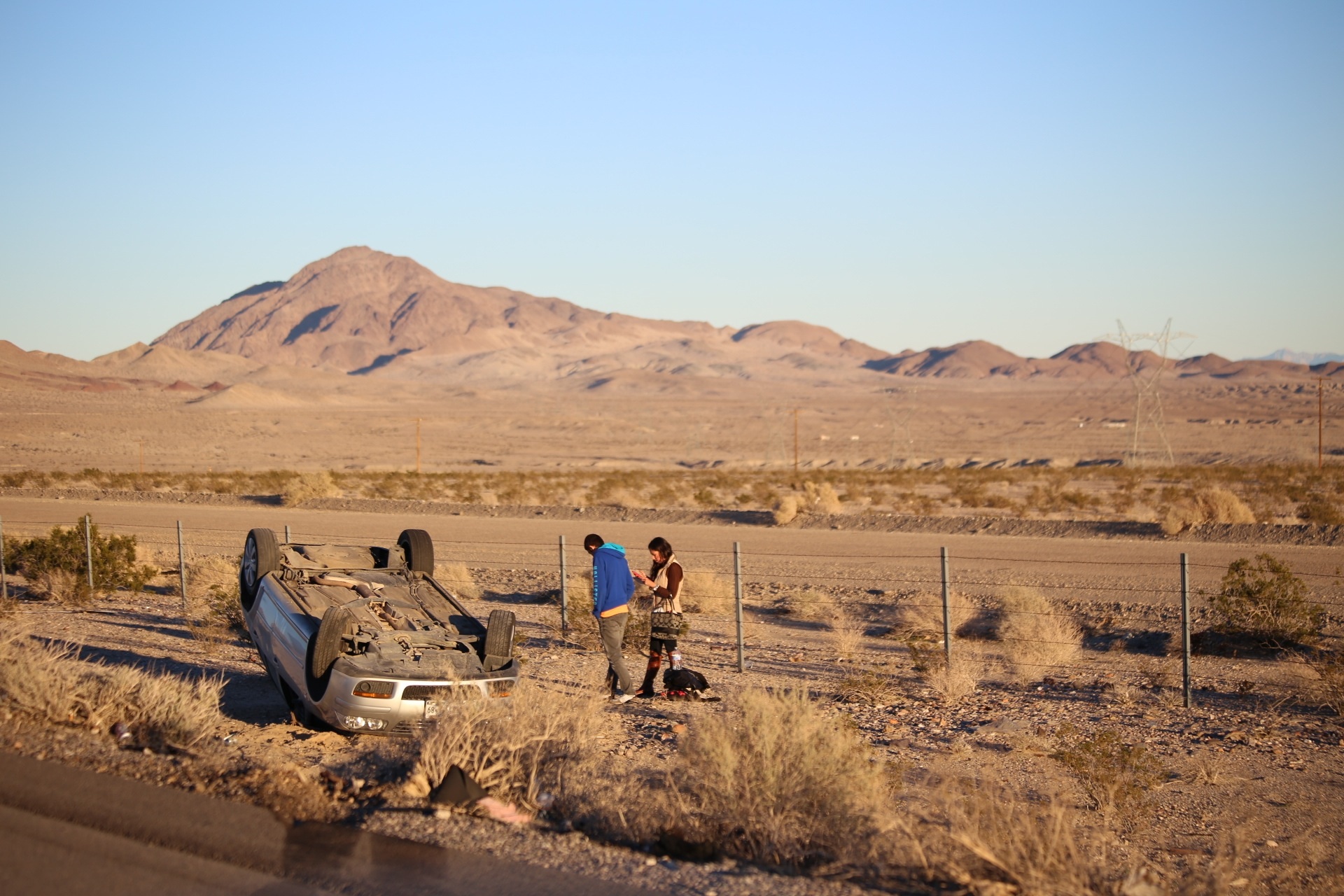 A silver four door sedan with out of state plates was involved in a single vehicle roll over on the NB-15 freeway near mile marker 15 just before Afton road. The incident was reported at around 3:15 p.m. on Sunday.
Per CHP logs, the reporting party states a black suburban was driving recklessly just prior to the collision. The driver was forced to over correct, causing the vehicle to loose control and eventually landing on its roof approximately 20 feet from the roadway.
All four occupants were seen standing outside of the vehicle, no details on injuries are available at this time.