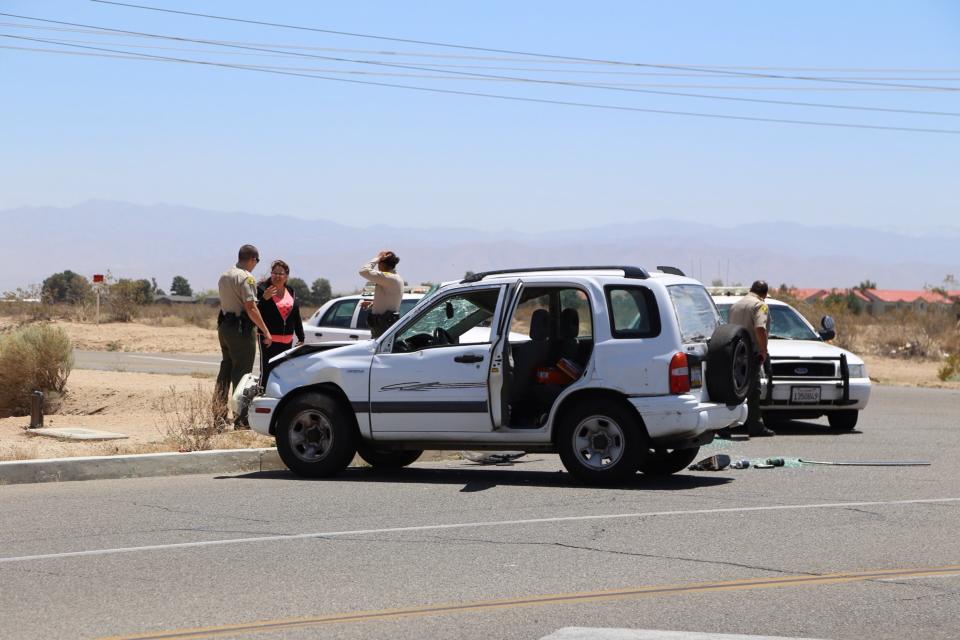 VICTORVILLE: (VVNG) – Police responded to a report of a single vehicle roll over just before 1:00 p.m. on Saturday.

It’s reported a female driver of the SUV was traveling eastbound down Seneca Road. For unknown reasons lost control of her vehicle as she attempted to make a left turn onto East Trail. Causing her SUV to roll several times and eventually landing right side up.

The driver of the white Kia SUV and the passenger described as a child sustained minor cuts and injuries. No other vehicle were involved in the collision.

For more late breaking news join “VVNG” on FB with over 36,000 members www.facebook.com/groups/victorvalleynews