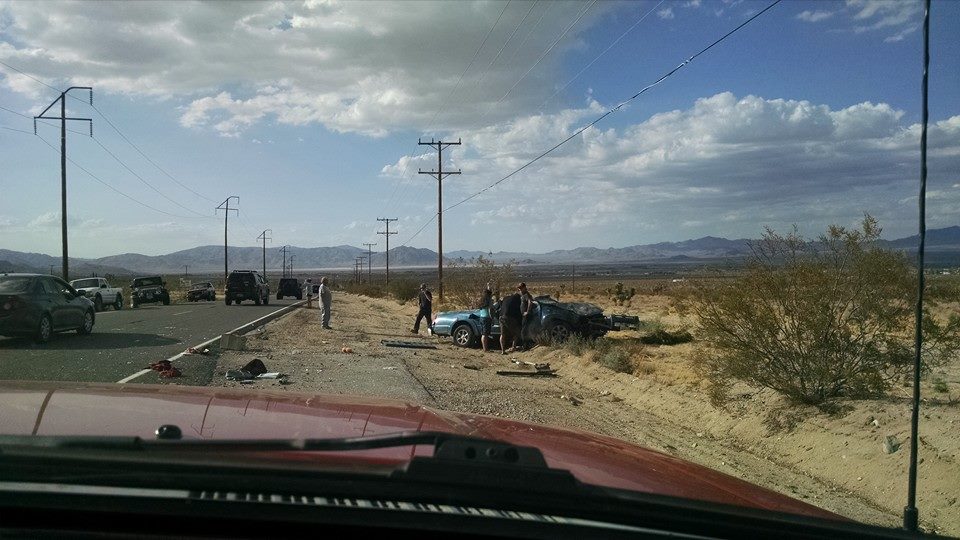 LUCERNE VALLEY:(VVNG.com)-  Two people were injured after being involved in a single vehicle roll over on Highway 18. Sheriff’s dispatch received the call reporting an accident near Richard street on Saturday at 4:47 p.m.

According to witnesses, the dark-colored pick-up truck, described as an older model Nissan Frontier was traveling northbound when for unknown reasons the driver lost control causing the truck to flip over.

A female passenger was trapped in the vehicle and required extrication from responding firefighters. The driver was able to exit the vehicle on her own. Neither of the occupants sustained life threatening injuries. A ground ambulance was requested and transported at least one person to a nearby hospital.

At this time the exact cause of the accident is currently unknown.