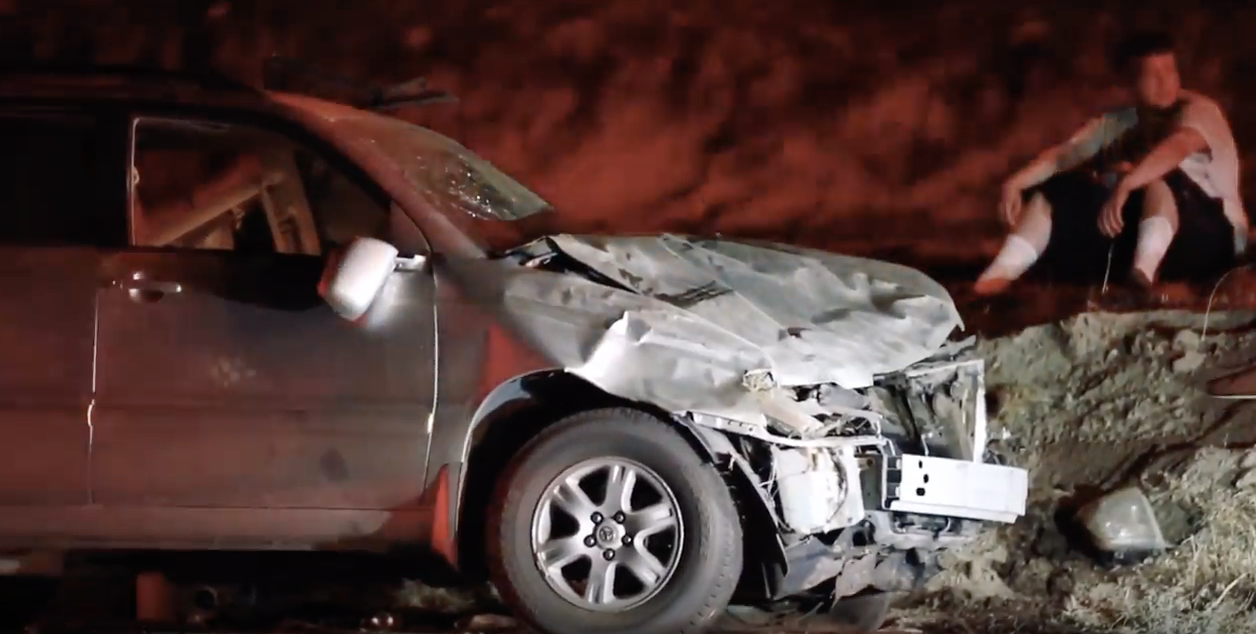 It happened at about 9:30 pm in the 7500 block of Arrowhead Lake Road, near the Hesperia Lake Park.

For reasons still unknown, the vehicle, a silver 2002 Toyota Highlander occupied by two people lost control near the curb and overturned.

San Bernardino County Firefighters requested the use of helicopter H325 to airlift one occupant to a trauma center with unknown injuries. The second person of the vehicle declined medical treatment at the scene.

No other vehicles were involved and the cause of the crash remains under investigation by the Hesperia Sheriff’s Station.

Pursuit suspect in custody after crashing down enbankment in Hesperia