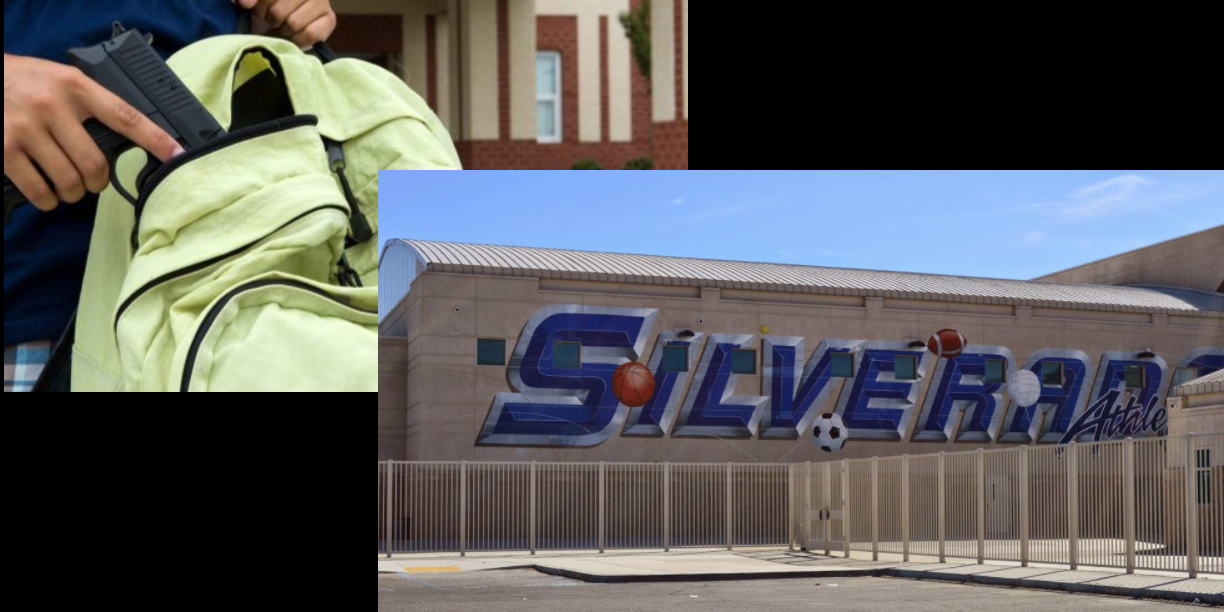 VICTORVILLE, Calif. (VVNG.com) – Police arrested a 16-year-old student after he brought a gun and ammunition to the campus of Silverado High School officials said.

It happened just before noon on November 1, 2017, when school administration reported that a student was found to be in possession of a handgun in his backpack.

“School staff and Security personnel made contact with the student and located a handgun in his backpack and a loaded magazine in a separate pocket of the backpack,” sheriff’s officials said.

The student was interviewed by the deputy and subsequently arrested, transported and booked into Juvenile Hall for possession of a handgun on the school campus.

The investigation is ongoing and there is no additional information for release at this time. Updates will be provided as new information becomes available.

Anyone with information regarding this investigation is urged to contact the Victor Valley Sheriff’s Station, (760) 552-6800. Persons wishing to remain anonymous can report information to WeTip by calling 1-800-78-CRIME, or by accessing the website at www.wetip.com.

(Correction: The gun was not loaded and the  magazine was located near the gun in a separate pocket.)

Mother and daughter killed in Highway 138 crash in Phelan identified