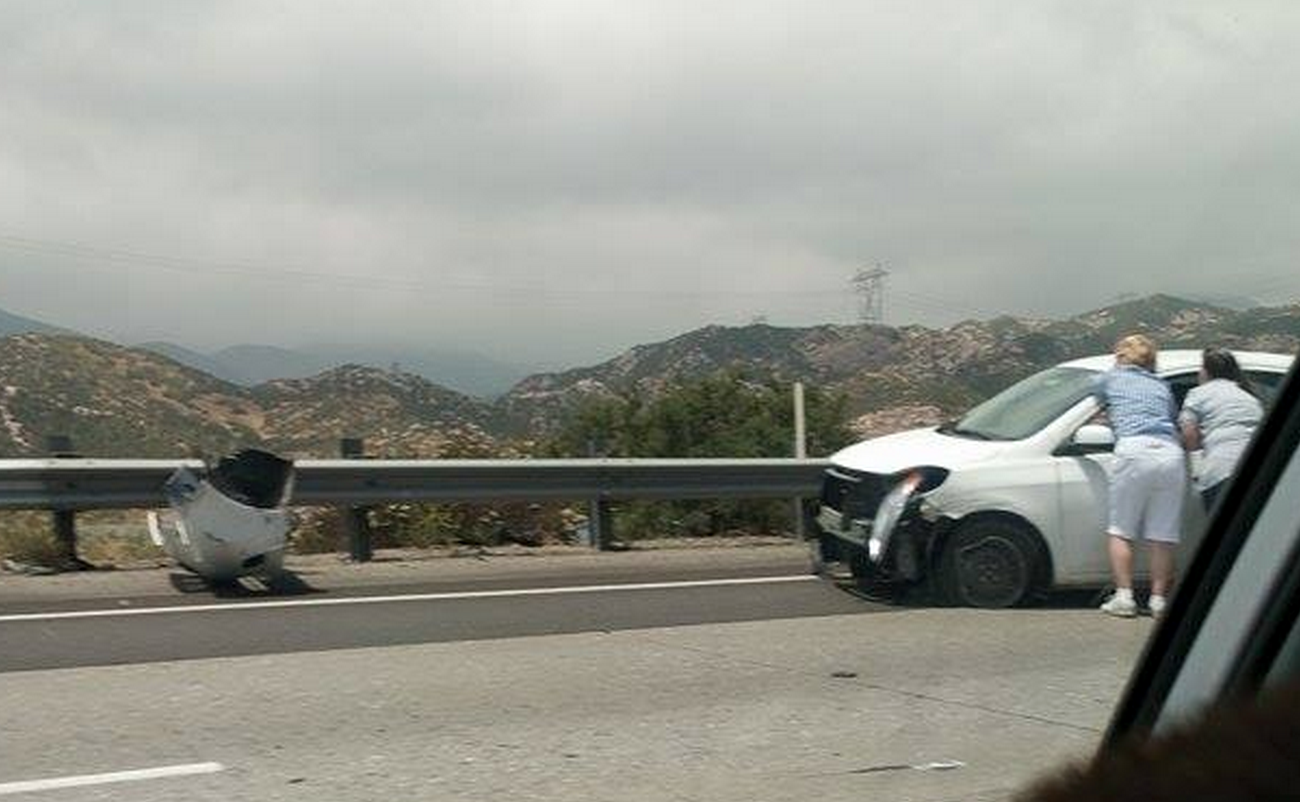 CAJON PASS-(VVNG.com):  A 12:25 p.m. SigAlert slowed southbound traffic on the I15 just south of Cleghorn.  On Wednesday, June 3rd, a two vehicle traffic collision occurred causing lanes to be blocked.

According to authorities, there was one female that complained about pain in her chest and hand, but was not transported.   “There was a big rig stalled in one of the lanes but had nothing to do with the collision, that was unrelated.” said the CHP Public Information Officer Brian Alvarez.