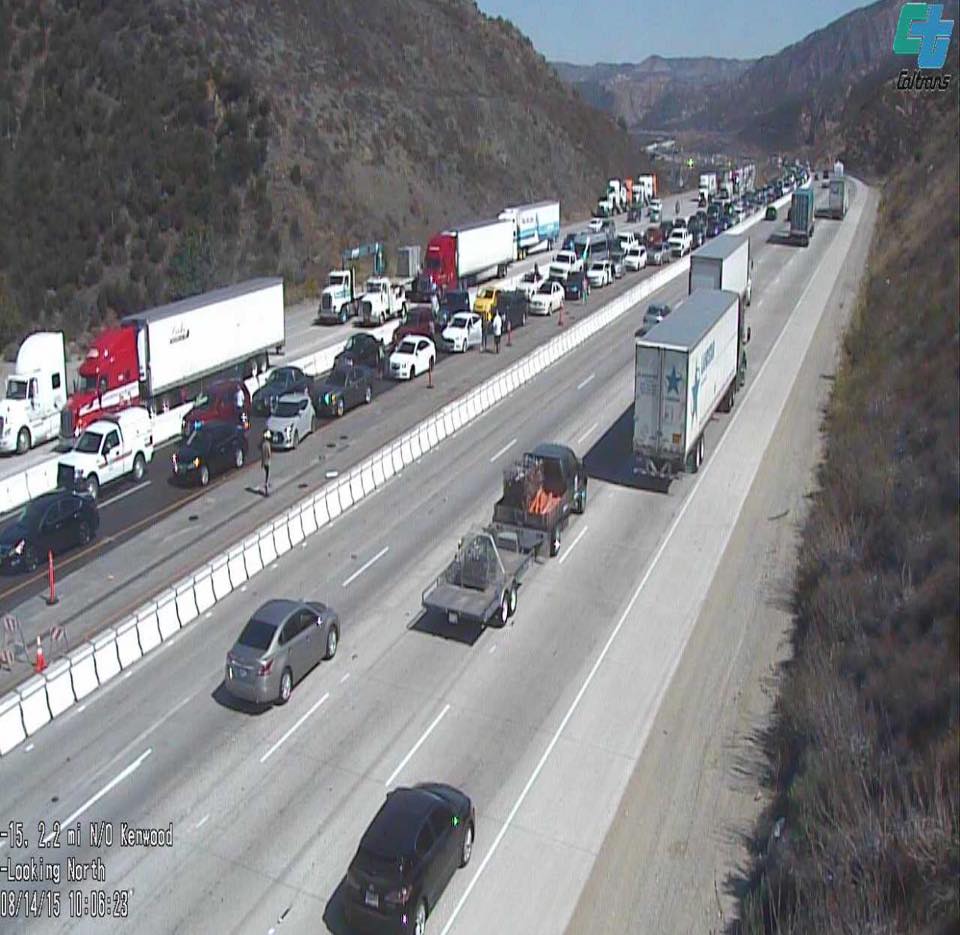 CAJON PASS:(VVNG.com)- A SigAlert had been issued for approximately 1 hour following a multi vehicle traffic collision with extrication in the bypass lanes of the 15 freeway.

The vehicles involved are a black Toyota pickup truck, a green Toyota SUV, a blue Chevy Silverado and a 4th unknown vehicle. For unknown reasons the vehicles collided in the No.1 Lane. Prompting a SigAlert to be issued at At 9:51 A.M.

Upon arrival, first responders determined one person was trapped inside a pickup truck and would require extrication. Firefighters had to cut the roof of the truck open in order to free the trapped occupant.

The southbound bypass lanes have been temporarily shut down, causing traffic to backup to the scales. At this time the extent of injuries are unknown. 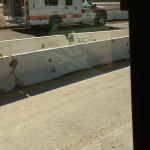 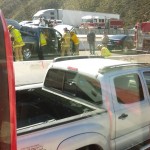 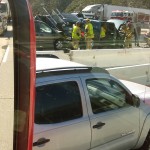