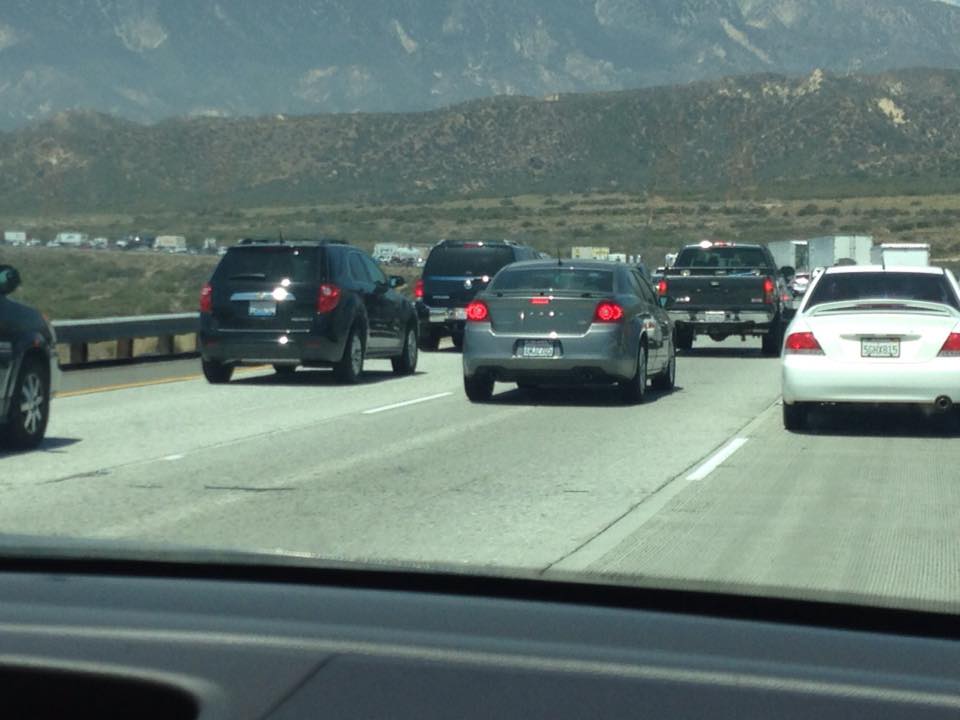 CAJON PASS– (VVNG.com): A Sigalert was issued on the 15 south at 11:46 A.M., on Saturday, June 13th following multiple traffic collisions causing traffic to back up as drivers approached Oak Hills.

At 10:55 A.M., on Saturday morning, dispatch received the report of a small black vehicle stalled in the #1 lane on the I-15 south, south of the escape ramp. A report followed just minutes after when a call was made to dispatch reporting that the vehicle had been involved in a four vehicle traffic collision with all vehicles blocking the #1 lane of traffic.

Eventually, at approximately 11:00 A.M., calls came in reporting 10 or more vehicles had collided, which was, upon first responders arrival was determined to be two separate traffic collisions.

At this time it is unknown how many vehicles were involved in the two Cajon Pass collisions. There were injuries as a result of these collisions, at least one was transported by ground ambulance. The severity of the injuries are unknown at this time.