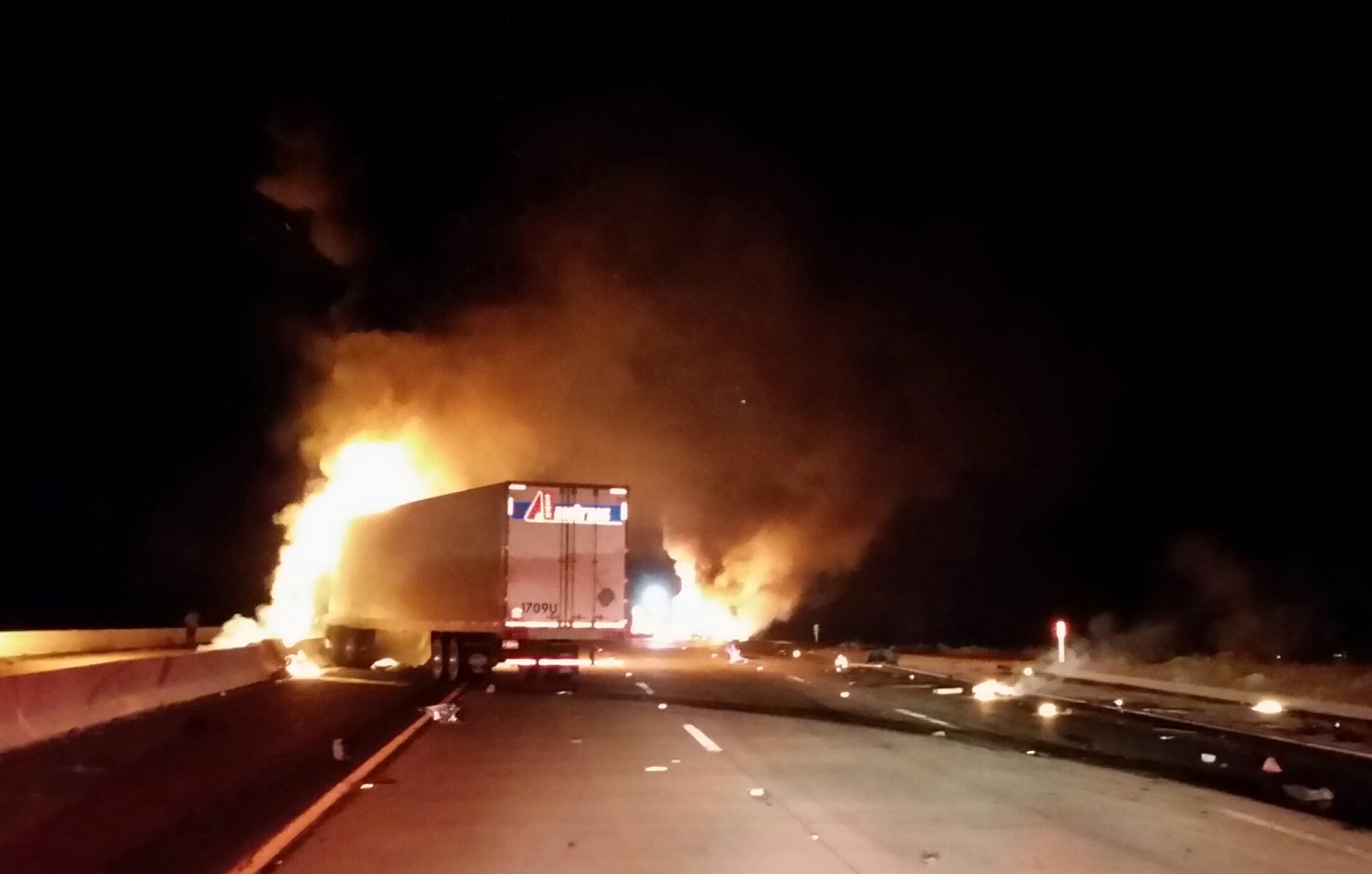 Apple Valley, Calif. (VVNG.com) A Sig Alert was issued Thursday morning after a big rig crashed into the back of a pick up truck carrying a 5th wheel trailer, causing northbound lanes to be blocked.

The crash was reported at 3:57 a.m. south of Dale Evans Parkway, according to a California Highway Patrol incident log.

Both the 5th wheel and big rig burst into flames after the impact. Fuel was leaking from the tractor-trailer the logs reported.

No injuries were reported. Traffic is being diverted off the freeway and onto Stoddard Wells Road and back on at Dale Evans Parkway.

The fire department said the freeway will be closed for debris cleanup, removal of the involved vehicles and fuel cleanup as well.