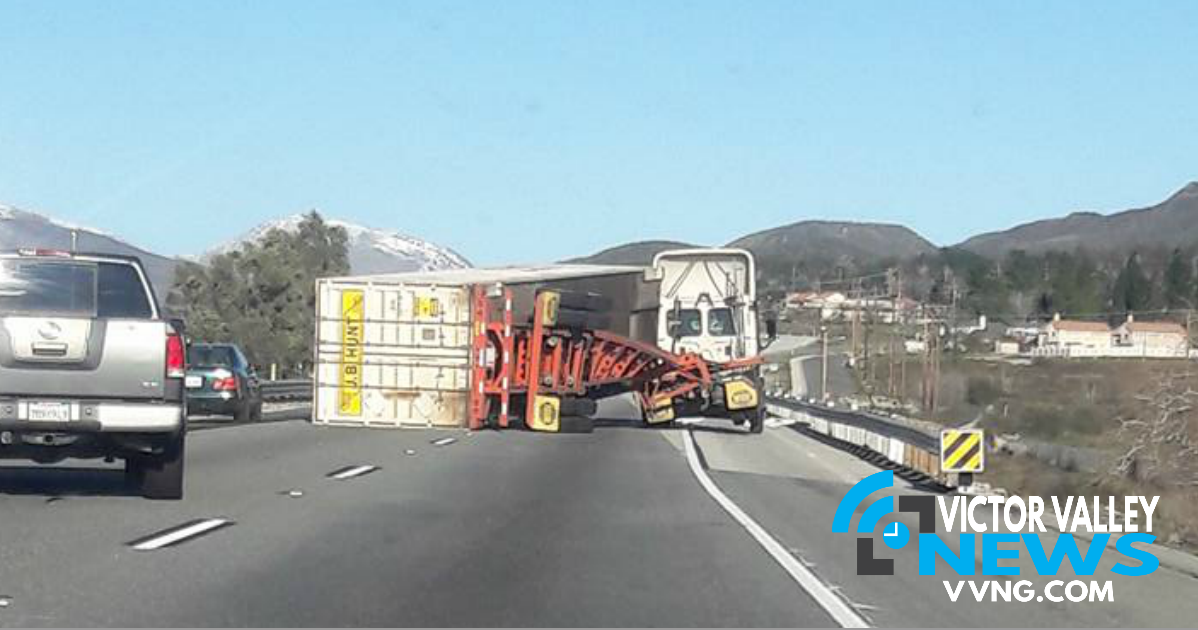 DEVORE, Calif. (VVNG.com)- Traffic on the northbound 215 freeway is currently stopped due to a jackknifed tractor-trailer Friday morning.

According to the California Highway Patrol incident logs, the crash was reported at 8:11 a.m. just south of Devore Road.

All northbound lanes are currently blocked for an unknown duration of time to clear, according to Caltrans District 8.

At 8:35 a.m., a Sig Alert was issued for 2 hours and traffic is getting by using the median, per CHP logs.

Strong surface high-pressure building in the Great Basin area will create strong offshore winds today, with strongest winds occurring along the coastal slopes and foothills and through and below the mountain passes and canyons. Gusts of 60+ mph will be possible in these areas, with local gusts over 75 mph in the windiest locations.

The driver of the semi is not injured and no other vehicles were involved in the crash.