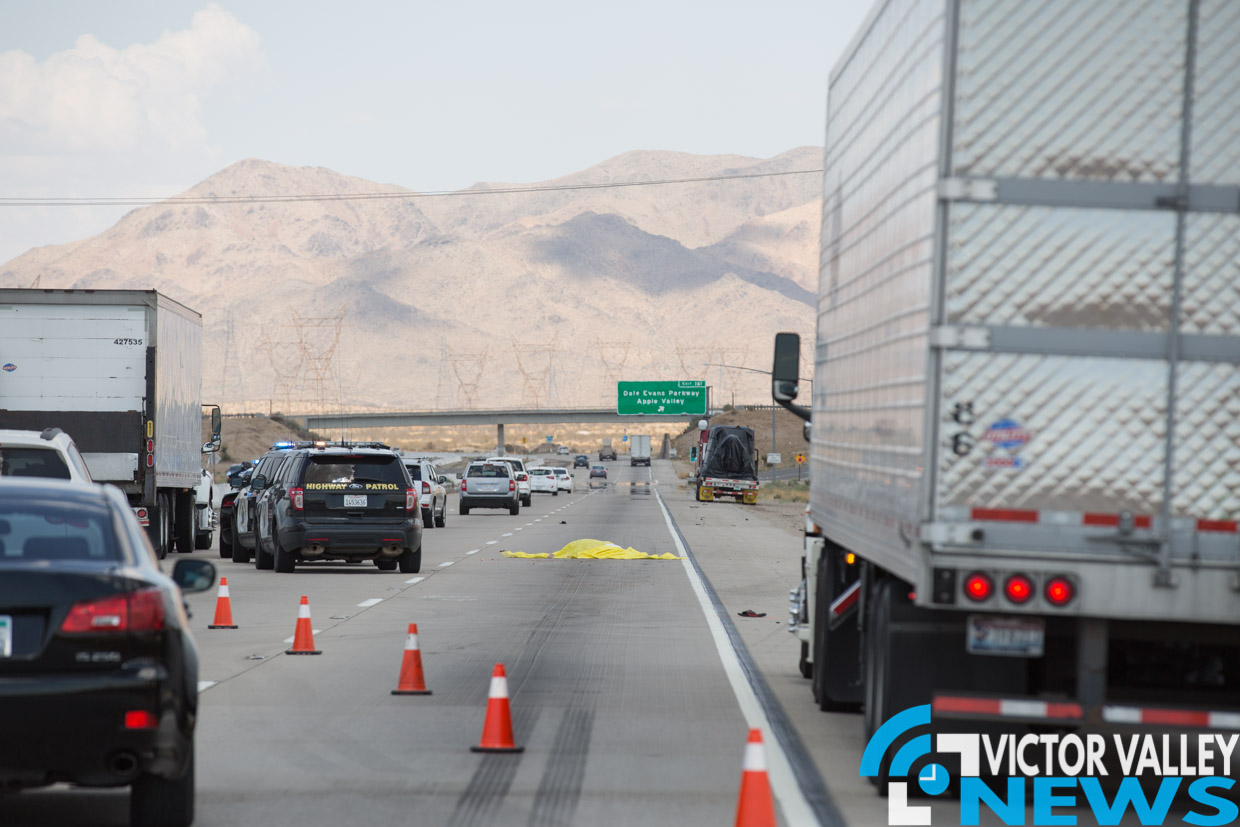 APPLE VALLEY, Calif. (VVNG.com) CHP officials have issued  Sig-alert after a pedestrian was struck and killed on the 15 freeway after allegedly jumping in front of a semi truck.

CHP Officer Mumford said the call was dispatched at 1:01 p.m. after a semi truck driver called 911 and said he struck a pedestrian on the northbound 15 Freeway just south of Dale Evans Parkway, in Apple Valley.

A deputy quickly arrived moments later, and after confirming the body was that of a person, immediately starting closing down the #2 and #3 lanes of northbound traffic.

Mumford said the pedestrian is male, and that the incident is being investigated as a possible suicide.

The Sig-alert was issued at 1:16 p.m. and is expected to last three hours. The number two and three lanes will be blocked for the duration of that investigation.

man accused of carjacking and attempted kidnapping in Yermo