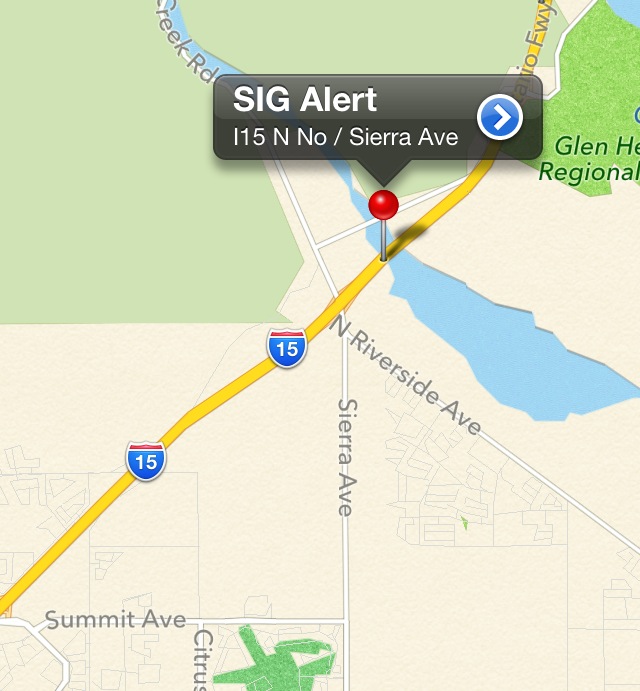 Cal-Trans has issued a sig alert on the north bound 15 freeway. VVNG members are reporting an over turned big rig is blocking the two left lanes between Sierra and the 15/215 split. Per CHP logs the driver was transported by ground ambulance to an area hospital.
CHP logs are reporting additional lane closures  along the 15 south bound just north of Glen Helen parkway. A similar report of an overturned semi with a trailer was reported just after 9pm and is also causing lane closures.
Today has not been an easy drive for people traveling up and down the Cajon Pass. The high winds have impacted commuters all day and are believed to have played a major factor in the accidents.
To follow this post join VVNG with over 24,500 memberswww.facebook.com/groups/victorvalleynews