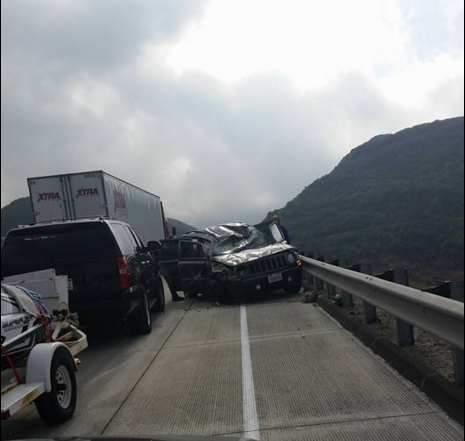 DEVORE-(VVNG.com):  A Sig Alert was issued at 12:00 p.m. on Saturday, January 30th when the right bypass lanes on the 15 freeway southbound just north of Kenwood Avenue  were blocked by an overturned vehicle, CHP officials said.

The lanes were closed due to a black Jeep that hit the center divider causing it to overturn then ultimately land on its wheels. The vehicle that was occupied by three was reported to be blocking lanes with two out of the vehicle and one trapped inside.

Three were transported by ground ambulance with minor to moderate injuries sustained in the collision. As of 12:55 p.m. all lanes were reopened to traffic. The cause of the collision remains under investigations by the California Highway Patrol. Information will be updated as it is received.