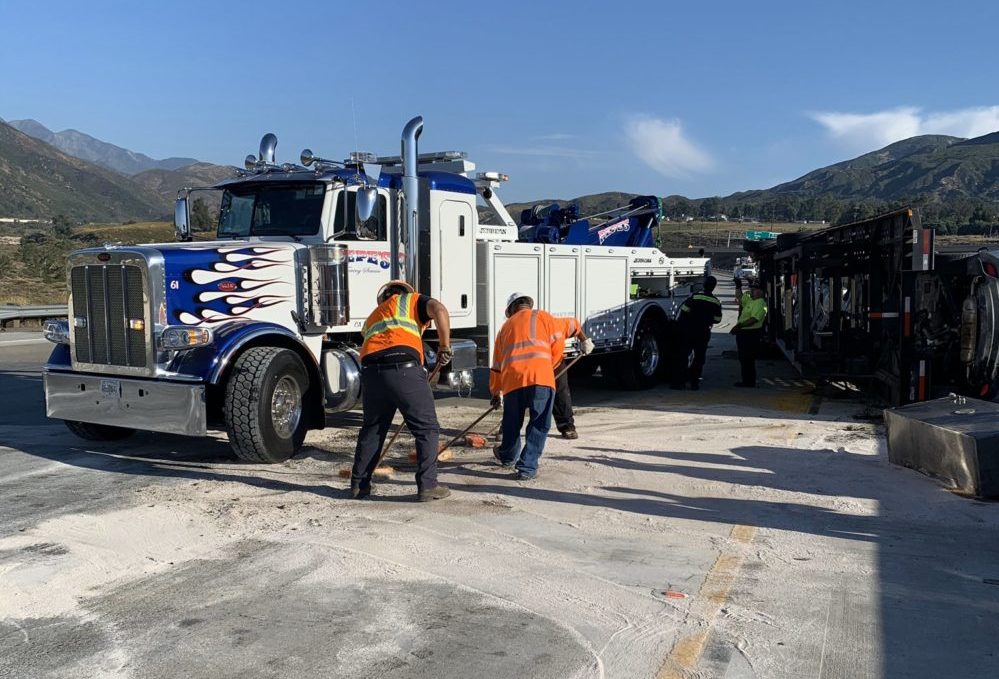 CAJON PASS, Calif. (VVNG.com) — A pick-up truck hauling a car hauler overturned prompting a SIG Alert in the Cajon Pass Friday morning. The incident was reported at 5:48 AM on the I-15 southbound near Kenwood Avenue.

According to the California Highway Patrol incident logs, a Dodge Ram pick-up truck crashed into the center divider and overturned onto its side and landed on the right-hand shoulder.

A witness reported the truck cut across all four lanes as he was exiting the truck by-pass lane on the I-15.

At least three vehicles on the trailer fell and landed on the freeway and 200 gallons of spilled fuel prompted a Sig Alert at 6:09 AM.

No injuries have been reported. CHP is handling the investigation. Additional information will be updated as it becomes available.