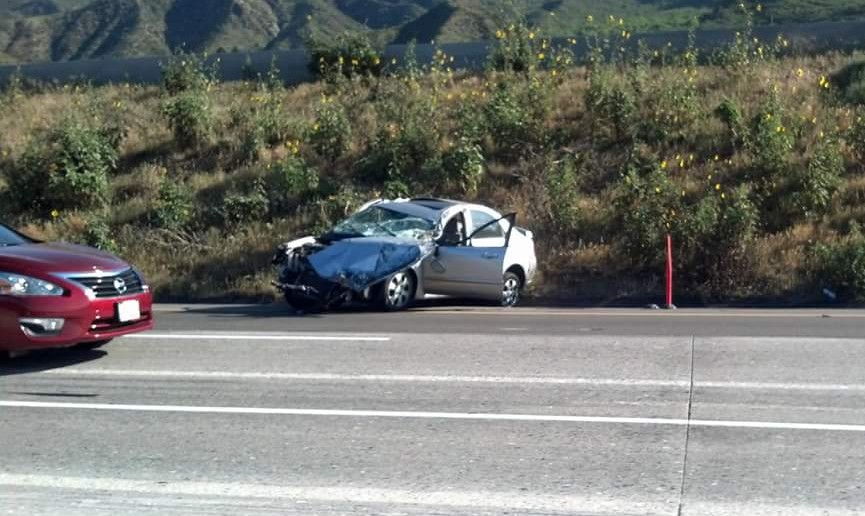 CAJON PASS:(VVNG.com)- On Thursday, April 2, 2015 a major damage traffic collision between a tractor-trailer and a sedan was reported at 8:31 A.M., on the southbound 15 north of Kenwood Avenue.

Per CHP incident logs, a silver vehicle slammed into the rear of a tractor-trailer that was on the right shoulder. Prompting a SIG Alert to be issued at 9:04 A.M.

“I saw that accident in my rear view mirror also it was horrible I called 911 right away prayers for all involved,” stated Raelynn Marie Gill.

Due to the accident all lanes were stopped for a few minutes in order to clean up debris from the roadway. As of 9:20 A.M., all lanes were reported to be open except for the #5 lane. The #5 lane is expected to be blocked for approximately 1 hour.

Due to lacerations medical was requested for one of the involved parties. The extent of injuries are unknown at this time.

According to commuters traffic in the area is reported to be slow but moving. More information will be updated as it becomes available.