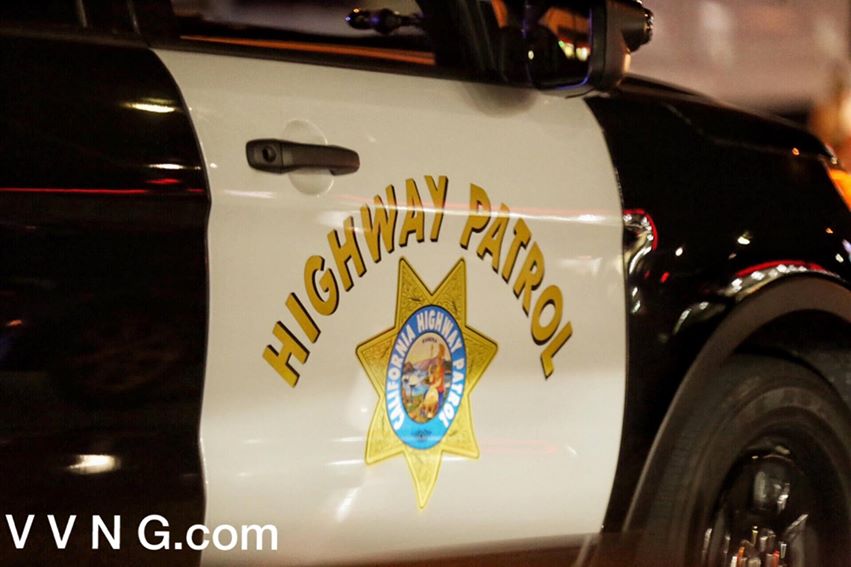 CAJON PASS-(VVNG.com):  Several people sustained minor to moderate injuries and one was seriously injured after two traffic collisions involving a total of seven vehicles occurred on the I-15 south between Oak Hill and State Route 138. At about 6:40 a.m. the CHP responded to a traffic collision blocking the #1 (fast) lane of traffic.

At 7:08 a.m. a second collision occurred causing an overturned semi tractor trailer.  According to CHP incident logs the driver of the overturned semi tractor trailer was trapped inside the cab of the vehicle. The vehicles were blocking the #1 and #2 lanes of traffic causing a SIG Alert to be issued at 7:09 a.m.
The driver of the tractor-trailer, who suffered major non-life-threatening injuries ,was initially planned to be airlifted from the scene, but Mercy Air was cancelled and he was transported to Arrowhead Regional Medical Center by ground ambulance.

The SIG Alert will remain in effect until all patients are transported and tow crews arrive to clear the overturned semi tractor trailer. As of 10:30 a.m. the #3 and #4 lanes were open to southbound traffic.

Semi With Over $100,000 Worth of Avocados Stolen and Recovered