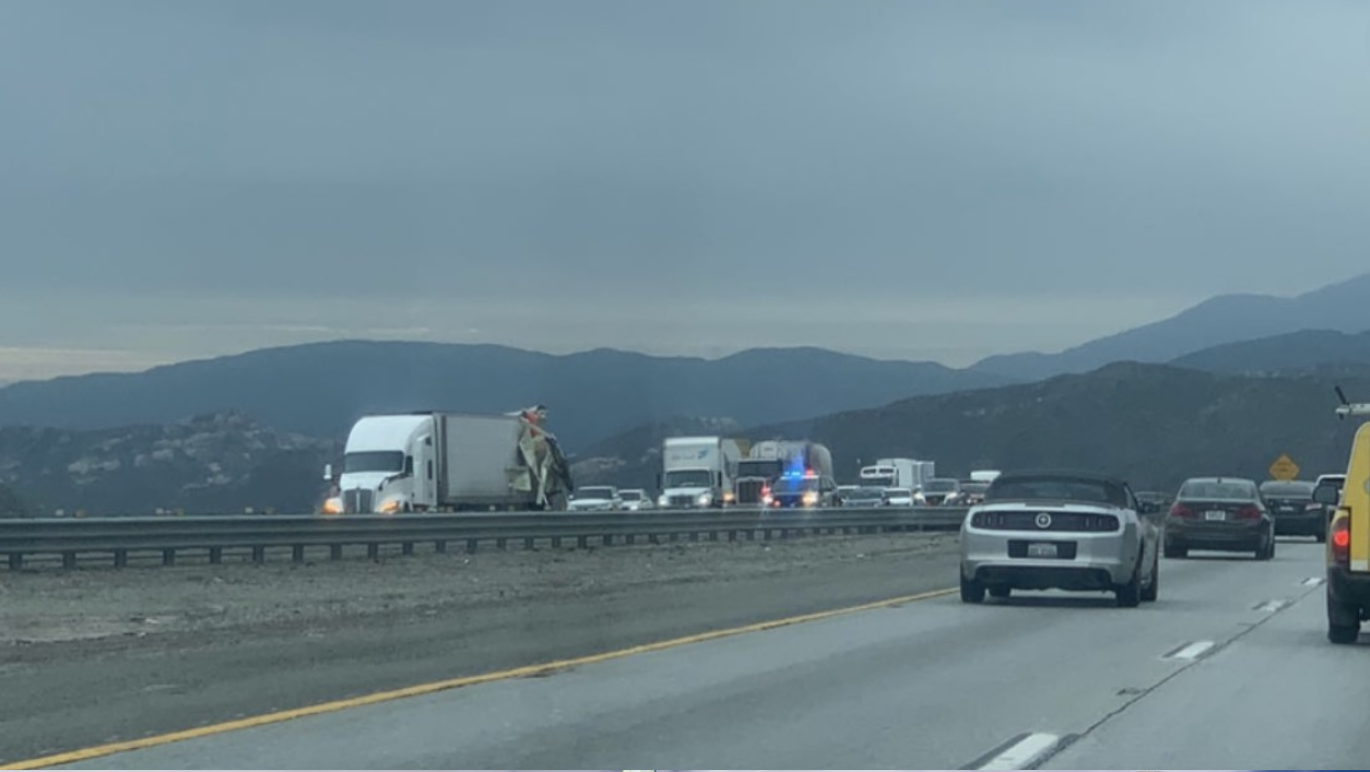 On January 14, 2023, at about 8:20 am, the California Highway Patrol logs reported a stalled semi with hazard lights on in the no. 3 lane. Per the logs, the semi was blocking the no. 3 lane and the driver was out of the vehicle.

At 8:46 am, CHP dispatch received reports that another semi ran into the stalled semi. Witnesses reported the semi swerved in an attempt to avoid the collision, however, both of the semis collided sending debris into all lanes.

The incident prompted CHP to temporarily stop all northbound traffic before reopening the no. 1 lane just before 9:00 am.

A SIG ALERT was issued for two hours while a CalTrans street sweeper assisted in clearing the roadway. By 9:24 am, CHP reported the no. 2 lane was also opened.

No injuries were reported and the collision is under investigation by the California Highway Patrol.

Related Topics:15 freewayTraffic
Up Next

Police actively investigating 2 shootings, 1 in Hesperia and the other in Victorville