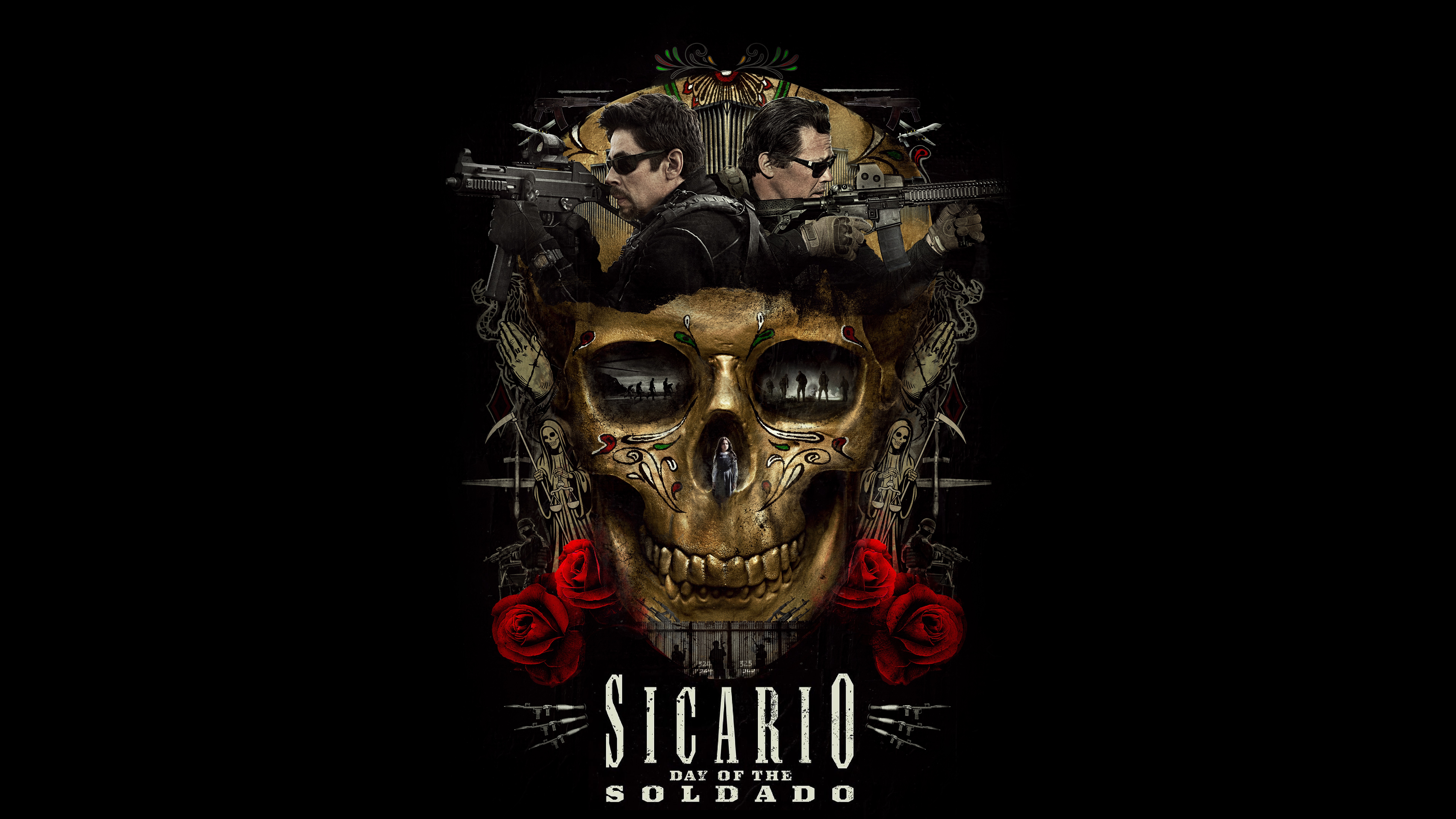 VVNG – This film doesn’t care if it makes you uncomfortable or leaves you wanting more. It is not a blockbuster action flick with things blowing up every 5 minutes. It will not make you feel warm and fuzzy, and it does not have an ending that will leave you satisfied. This is a realistic look at what happens when the government has to clean up a mess caused by something they should not have been doing in the first place. So if you want tons of boom-booms and bang-bangs (and there is nothing wrong with that), go watch Jurassic World. But, If you want to watch a well-made film about, assassins, drug cartels, kidnapping, corruption, revenge, black ops, government tampering and (mostly) immigration, go watch Sicario: Day of the Soldado. Just make sure you understand that there is no Jack Jack here to make you forget everything the film shows you.

I give Sicario: Day of the Soldado, the “Checky™ Seal of Approval!” (Almost) Everyone in this cast is fantastic, especially Benicio del Toro, who returns as the grieving father turned vengeful hitman. Special shout-out to Isabela Moner and Josh Brolin, who are also great. The cinematography is beautiful. The story is hauntingly brutal and feels completely real. Even though there are only a few action scenes (like in the first Sicario), they are all very intense, immersive and masterfully executed (no pun intended), and the camera work in some of the scenes is amazing (i.e. the grenade-car scene).

There are a few things that I did not love about this film, like the fact that it is not as good as the first one. It features an ending that feels straight out of a Marvel movie where Nick Fury is recruiting a new Avenger. There is a very unlikable young man who does not know how to show any feelings other than surliness and looks like he just smelled poop whenever he is on-screen. And the movie focuses too much on immigration instead of cartels or actual Sicario-ing. Besides that, it is a well-shot and well-acted, harsh film that you can admire for being so honest and beautiful and still hate for making you feel uncomfortable and leaving a bad taste in your mouth.

What did you think of Sicario 2? Do you agree or disagree with me? Which flick are you checking out this week? Let me know in the comments below. Have a great day at the movies and don’t forget to save me some popcorn.

Official Synopsis: FBI agent Matt Graver calls on mysterious operative Alejandro Gillick when Mexican drug cartels start to smuggle terrorists across the U.S. border. The war escalates even further when Alejandro kidnaps a top kingpin’s daughter to deliberately increase the tensions. When the young girl is seen as collateral damage, the two men will determine her fate as they question everything that they are fighting for.

You Can Expect Huge Laughs in Ant-Man and The Wasp