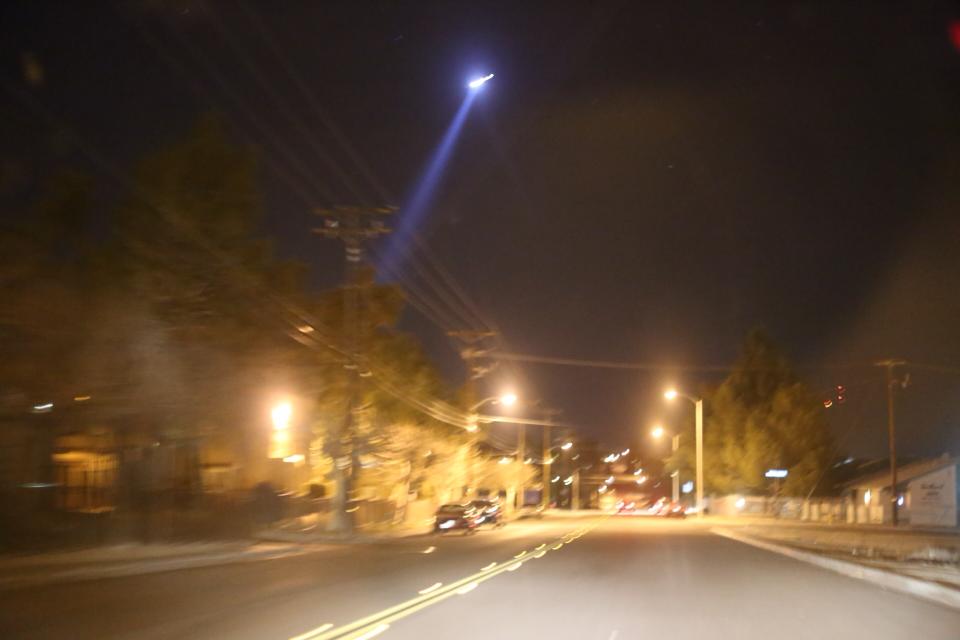 BREAKING: Officer’s are currently searching for a vehicle suspected of being involved in a shot’s fired call. A San Bernardino Sheriff’s officer reported the incident near the intersection of Green Tree road and Hesperia road in Victorville.

The central communications center received a call from the officer just before 10:00 p.m. on Sunday stating shot’s were fired at the officer’s patrol unit from the back seat of a moving vehicle traveling in the opposite direction.

Per scanner traffic, the officer said ” I don’t think I am hit but I think that my car might have been”.

The suspect vehicle is described as a silver Chrysler 300 with over sized “spoked” rims and dark tinted windows.

Sheriff’s helicopter (40-king) was requested to assist in the search for the suspect vehicle.

At this time no suspects are in custody and anyone with information is urged to contact police.

The investigation is ongoing and the intersection of Hesperia road and Green Tree Blvd. remain closed as the scene is being processed for any possible evidence. More details will be posted as they are made available.