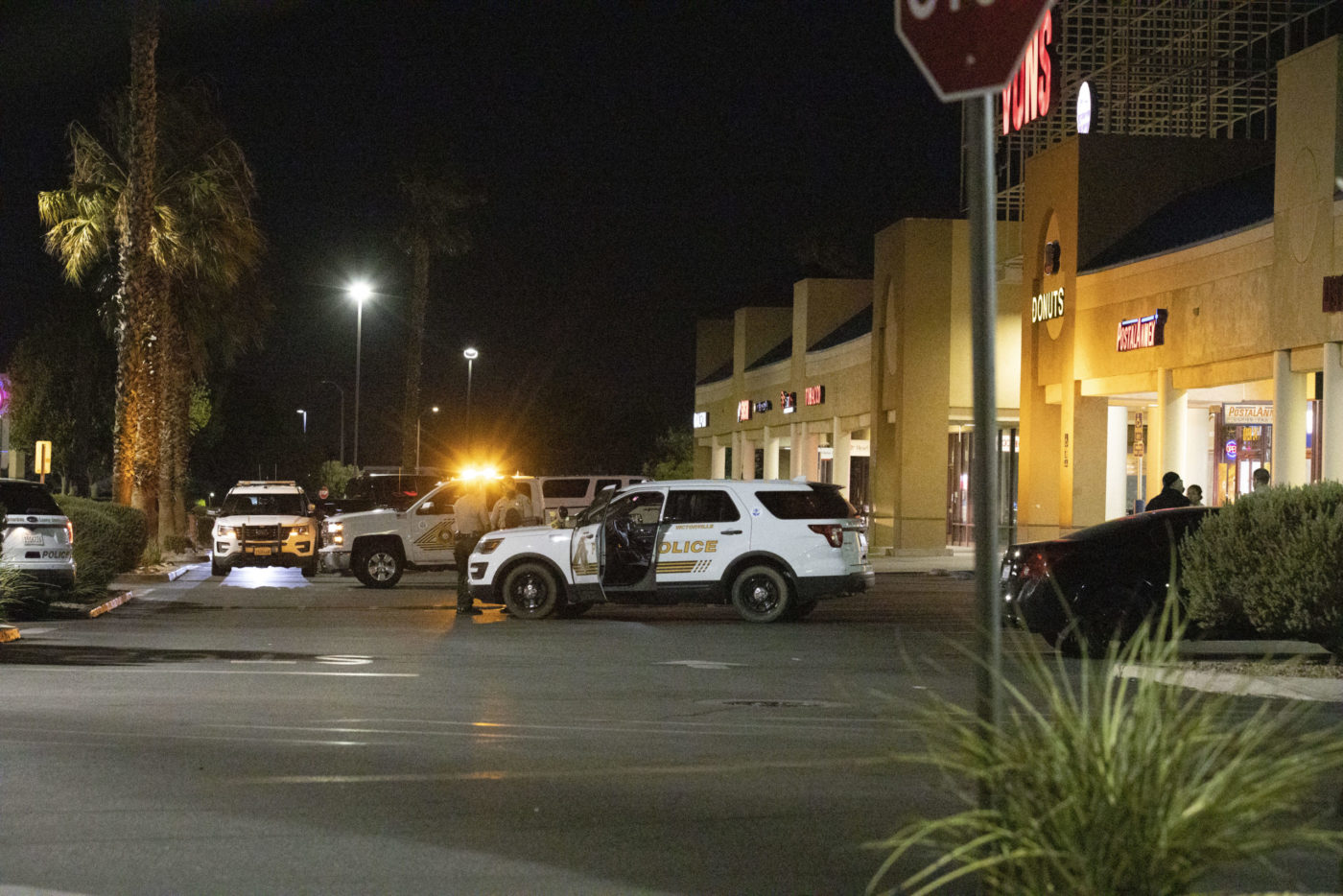 VICTORVILLE, Calif. (VVNG.com) — No injuries were reported after shots were fired in the Victorville Von’s shopping center Friday night.

It happened just before 8:30 PM on August 28, 2020, near the intersection of Bear Valley and Hesperia Roads.

Witnesses reported hearing multiple shots fired in the parking lot of Von’s prompting a response from law enforcement. Deputies taped-off an area near the Wingstop as they investigated the shooting.

Sheriff’s officials said they had no victims or any suspect in custody. No other information was available for release..