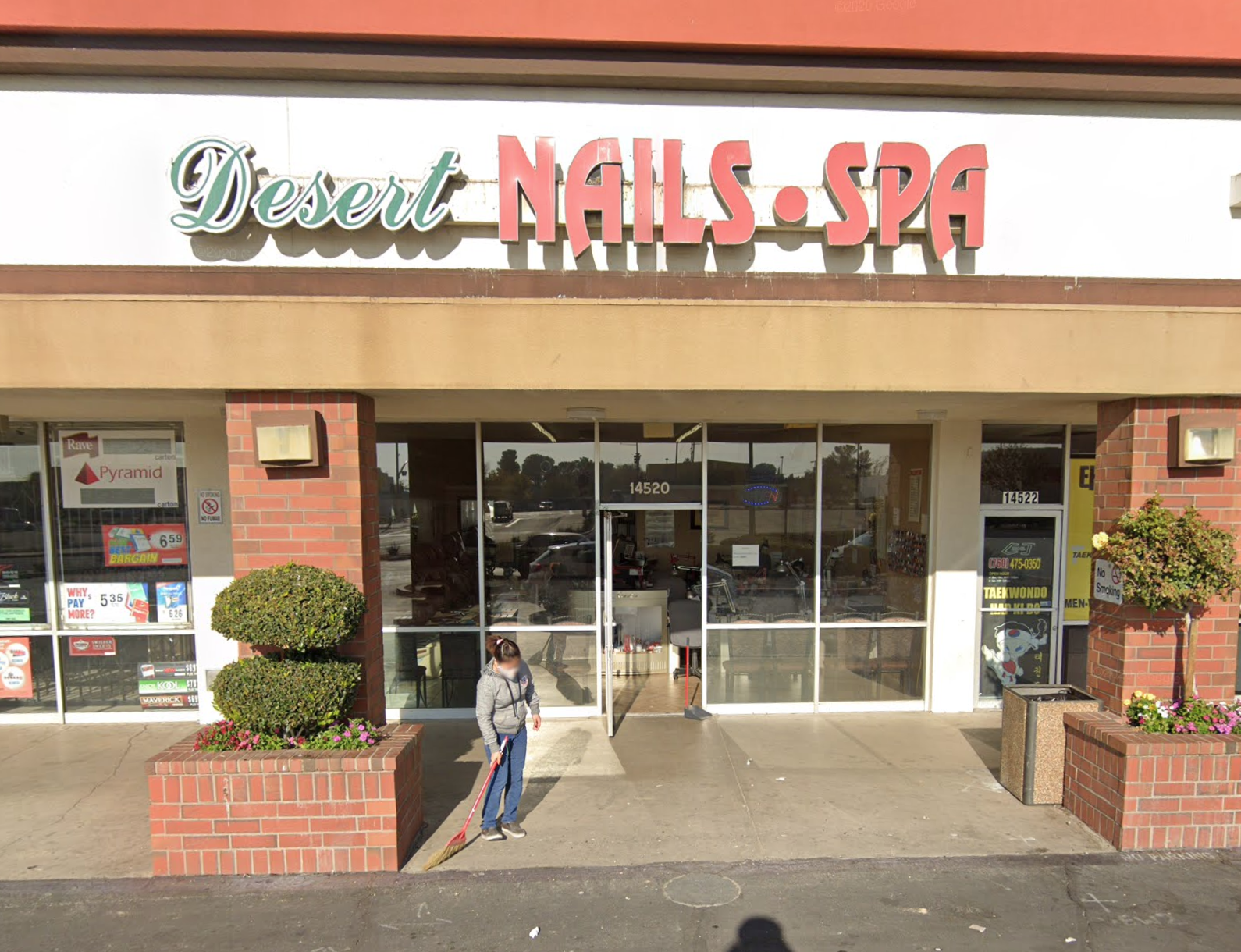 VICTORVILLE, Calif. (VVNG.com) — Authorities are investigating after shots were fired during an armed robbery inside the Desert Nails and Spa Saturday afternoon in Victorville.

Sheriff’s spokeswoman Cindy Bachman said, two black males entered the business and demanded money from an employee. “During the robbery, one of the suspects fired shots inside,” stated Bachman.

A customer who was there for a scheduled appointment said the suspects ran inside and said “you know what this is” and started shooting. The female who did not want to be identified said she and other’s ran for their life towards the back of the store.

Officials said deputies conducted a search and were unable to find anyone in or around the business that had been injured.

Bachman said both suspects fled on foot and there is no information about any arrests at this time. Anyone with information is asked to call the Victorville Police Department at 760-241-2911.