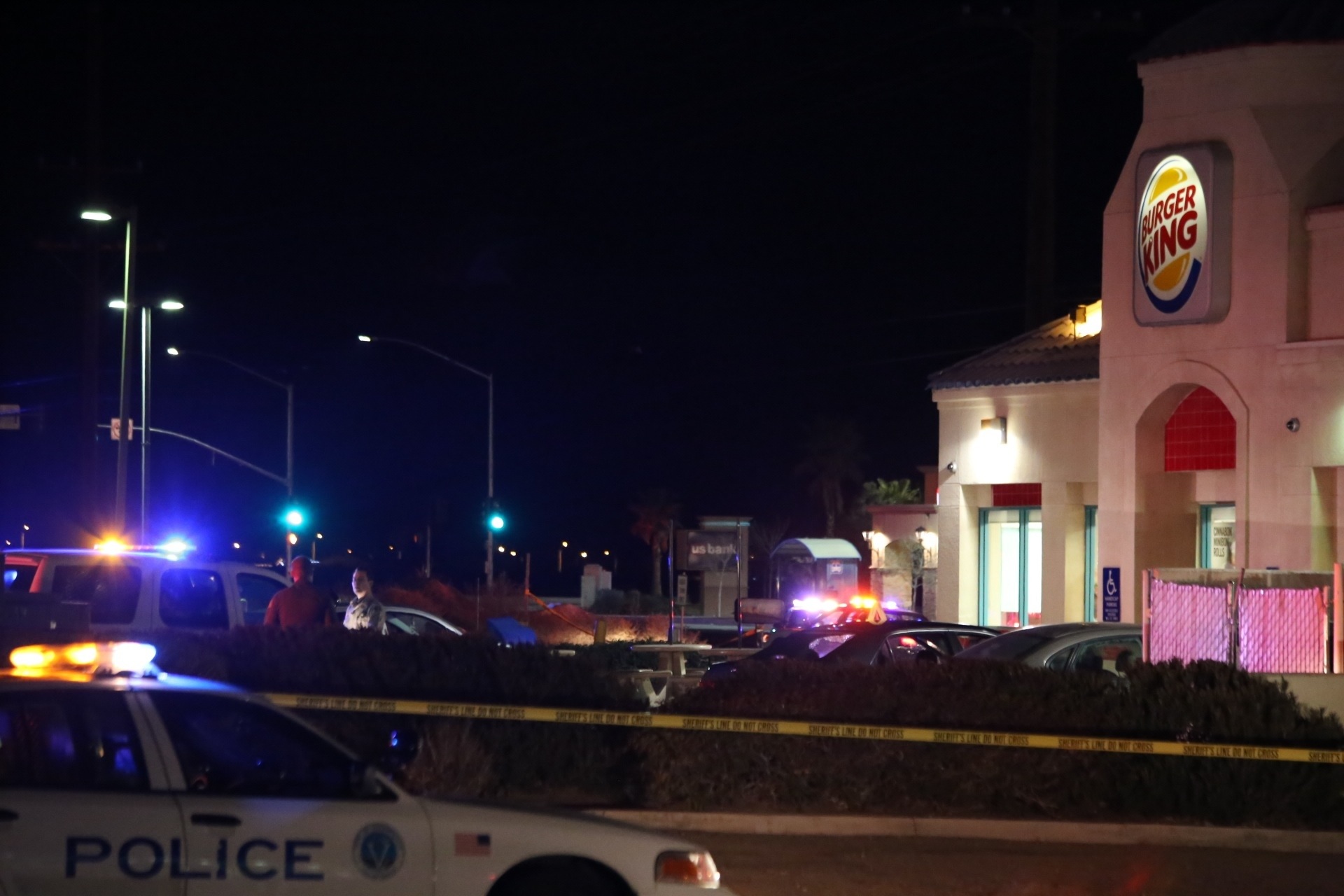 VICTORVILLE: Dispatch received several reports of shots fired at the Burger King located on highway 395 and Palmdale road at around 8:30 p.m. on Monday.

According, to a witness who was in the drive thru at the time of the incident. An armed off duty correctional officer who was at the Burger King was the victim of an attempted armed robbery.

During the scuffle the 16-year-old suspect who attempted to take the victims gun was reportedly shot twice before he fled into the near by desert and collapsed.

Mesa Linda Park was designated as the landing zone for the air ambulance. The injured suspect will be transported to Arrowhead Regional Medical Center his injuries are unknown.

It was later determined the suspect was a 16-year-old male who attempted to rob the off duty correctional officer using a BB gun. The condition of the suspect is unknown at this time.

Sources state the off duty was not injured. Please check back later as more details will be posted as they become available.