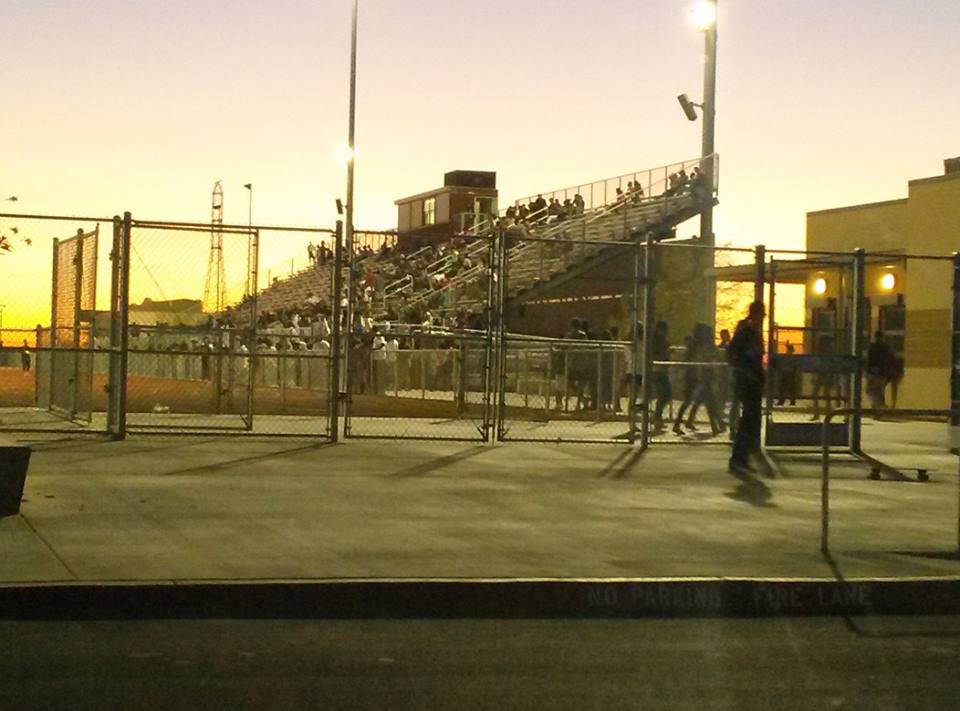 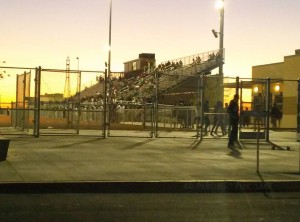 A crowd scurried for coverage after 6 shots were fired following the Friday night sport event held at the new Adelanto High School at approximately 8:45 P.M.

The high school, which is only used for recreational events pending budget issues, was ordered to vacate the property and students in the locker rooms were placed on a brief lock down.

“That was crazy, happened when our football game was over, we were on lock down for at least a good 30 minutes. It was scary and the first thing that came to my head was my mom because she was parked where the shooting happened,” commented Beto Baustista, a player at last nights event.

No injuries were reported, and no suspects were detained. Sheriffs have not been able to determine if the “shots” were indeed actual gun shots, although many family, staff and sport members claim it could not have been fire works.

To read all comments where the story for broke please visit our facebook page with over 16,300 “Likes” www.facebook.com/VictorValleyNews The Most “Liked” Local News!