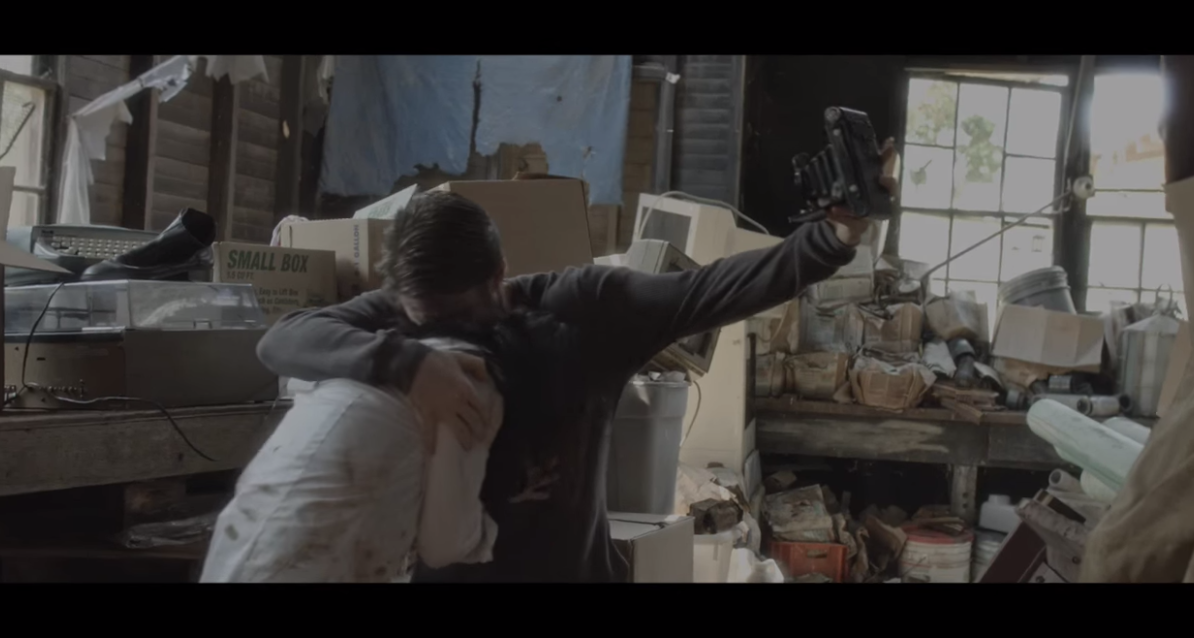 Sherman Oaks, CALIF. – Becoming a “movie star” is a childhood dream for some people; but a dream that soon slips away for most of them. One High Desert group will see their dreams become a reality tonight, September 24, as their short film “The Hydes” premiers at Arclight Theater in Los Angeles County.

Murder, mystery, time travel, and scariest of all… marriage!

Based on a true story, “The Hydes” spins a time-bending tale about a young couple and their mysterious disappearance while on a honeymoon adventure in the Grand Canyon. Still unsolved to this day, Paradox Pictures brings an alternative solution to the screen. Hold on to your seat and get ready to go down the rabbit’s hole; this film may cause you to reset your clocks on multiple occasions.

If Pinocchio says, “My nose will grow”, what happens?

Victorville resident Gerard Ciani, CEO of Paradox Pictures, talked with Victor Valley News about “The Hydes”, Paradox Pictures’ origins, and their plans for the future. Ciani described the company as “a close group of friends with a variety of talents”. Kevin Crone, director of “The Hydes”, was inspired to film the movie after seeing a documentary that covered the strange tale of the couple’s disappearance.

Victor Valley News: “There are many mysteries and theories that surround their disappearance; what do you think inspired Kevin to take this unique perspective about what happened?”

Ciani: “Kevin has a big love for time travel and science fiction stories, so it was easy for him to gravitate towards that. There was no sign of struggle, their disappearance seemed so unexplained that time travel was a unique opportunity to explain it.”

VVN: “Where do you see Kevin going next? I’ve heard there are talks of a sequel?”

Ciani: “Kevin is a creative individual and I foresee him telling a lot more stories… currently working on other scripts. Although a sequel would be fun, Paradox Pictures is most likely going to be concentrating on some other films. But yes, there has been talk of that.”

From a camera screen to a movie screen

Showing at 7:30 pm at the Arclight Theater in Sherman Oaks, the doors are open to anyone who would like to attend. Admission is free, and the theater is prepared to have multiple showings to ensure everyone can enjoy the film.

James O’Rear, sound engineer and music composer with Paradox Pictures, stated he hopes to have multiple showings in the High Desert so that local residents can easily attend. If you would be interested in attending a local showing, please let them know in the comments section below!

Will you be next?

Ciani hopes to see more local talent come forward to be featured in future films. If you are an actor or actress, or if you would rather work behind the camera as a crew member, send your portfolio and information to Ciani at: gerardciani@gmail.com

Commercials, music videos, and “promo” shoots are all categories Paradox Pictures cover. If you are unsure if you are ready for a short film, see if there is a spot for you on a smaller shoot as you build your confidence in the theatrical world.

“They did an amazing job. Always positive and constantly complimenting everyone,” Ciani said of “The Hydes” cast and crew.

“Kevin is an amazing director. That is why I love working with him,” Ciani continued, “He’s good at storytelling and inspiring people by bringing stories that matter to the table.”

“The biggest obstacle we faced was the time crunch. Finishing a project this size and having a theatrically ready film has been toughest. We’ve had roughly 40 days to finish a 20 minute short film and I think we’ve done well. The overall quality of the film and achieving a professional look has made me the proudest,” Ciani stated, “Overall we want everyone to enjoy the film. It was tough but we did it.”

For additional information, you can visit “The Hydes” Facebook page at: https://www.facebook.com/thehydesmovie/timeline

Update: Body of Baby Found at Advance Disposal in Hesperia