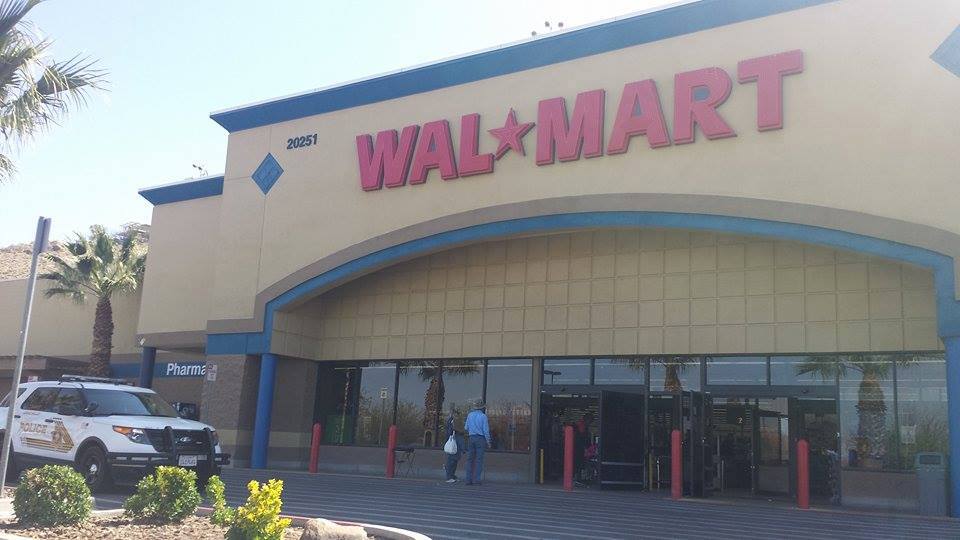 APPLE VALLEY-(VVNG.com): On Thursday, April 2nd at approximately 2:30 P.M., a man in a motorized wheelchair was pepper sprayed in the parking lot of the Apple Valley Wal-Mart located at 20251 CA-18.

The 53-year-old male was approached by a responding deputy after the store reported the repeat shoplifter was there and again suspected of shoplifting from the store.

According to witnesses, when the shoplifter was approached by the female deputy near the front entrance of the store, the man became combative, hurting the arm of the deputy causing her to pepper spray him in order to subdue him.

The man was detained for questioning at the Sheriff’s office. At this time it is unknown if an arrest was made.

Due to the strong smell of pepper spray lingering in the air customers were temporarily prevented from entering the store through the front entrance. Sheri Espinoza, arrived to Wal-Mart shortly after the incident and was told by employee’s to use the outdoor garden entrance.