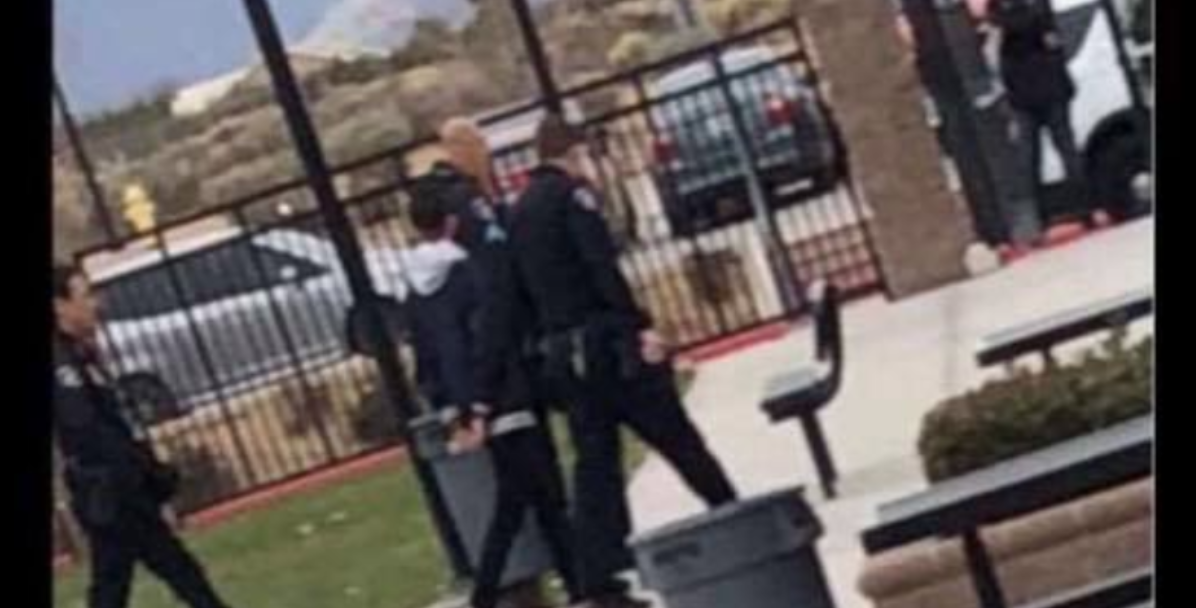 According to school officials, On Friday, December 14, 2018, graffiti that said, “shool shoot” was discovered in one of the boy’s restrooms at Oak Hills High School in the 7600 block of Cataba Road.

As a result of this graffiti, a rumor of a threat to the school began circulating on social media causing many parents to quickly believe many of the rumors they heard or read.

Through the process of researching the graffiti, a student was identified and taken into custody. A photo of the teen handcuffed and being escorted off the campus by police was circulated on social media.

“There was no weapon involved in this incident or legitimate threat at any time. As always, administration and police work together to ensure the safety of all of our students,” stated the release.