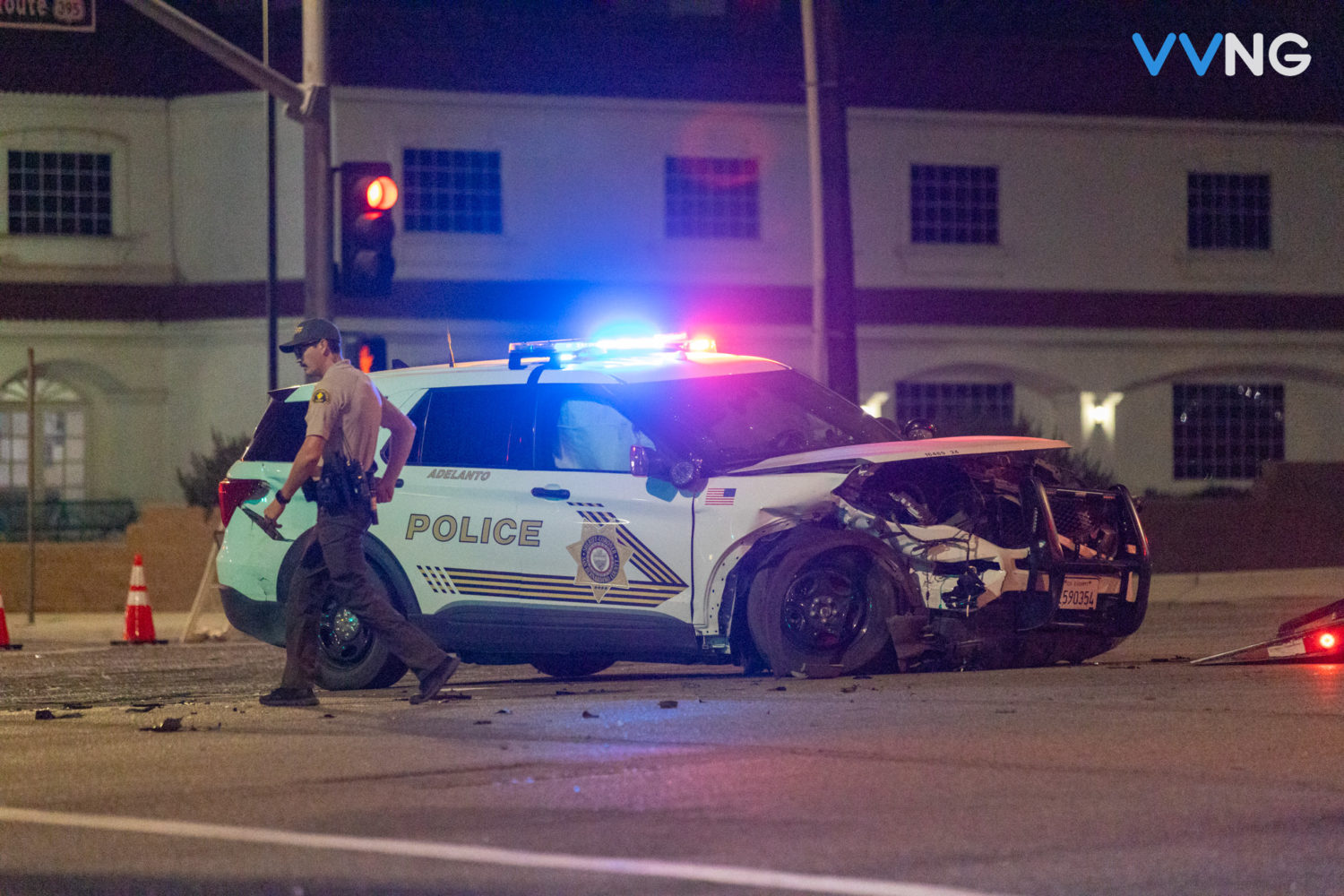 ADELANTO, Calif. (VVNG.com) — A San Bernardino County Sheriff’s deputy and another driver were both injured during a Wednesday night crash in Adelanto.

It happened on September 15th at about 8:31 pm, at the intersection of US Highway 395 and Bartlett Avenue adjacent to the Adelanto Police station.

Both drivers sustained minor to moderate injuries and were transported to a hospital for treatment. Both were later released from the hospital and are recovering.

The intersection of US Highway 395 and Bartlett Avenue was closed for approximately six hours while investigators processed the scene for evidence and interviewed witnesses.

Anyone with information or anyone who may have witnessed the collision is asked to contact Deputy R. Grissom or Deputy F. Zavala at the Apple Valley Sheriff’s Station at (760) 240-7400 of Sheriff’s Dispatch at (760) 956-5001. Callers wishing to remain anonymous are urged to call the We-Tip Hotline at 1-800-78CRIME (27463) or you may leave the information on the We-Tip website at www.wetip.com.