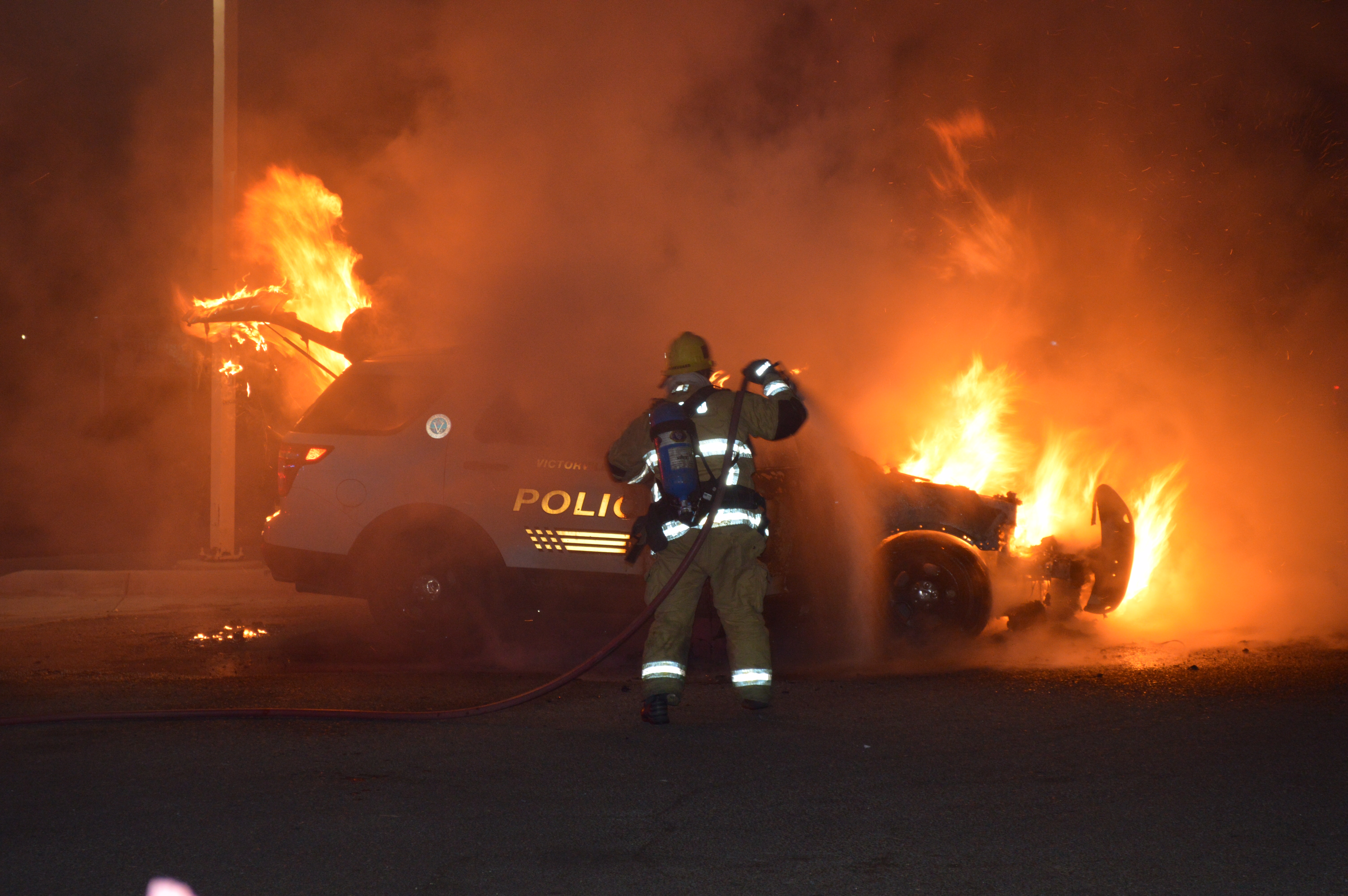 At around 8:25 p.m. on May 3, 2017, two deputies were on patrol in a marked Sheriff’s unit in the area of Palmdale Road and El Evado when they noticed a strange smell and smoke, Sheriff’s officials said.

“They were able to safely pull into a parking lot at the intersection and stop the vehicle. As they exited they noticed smoke and flames coming from the engine compartment,” said Sheriff’s Spokeswoman Mara Rodriguez.

The two deputies attempted to extinguish the flames but were unsuccessful. Within minutes the patrol unit was fully engulfed in flames.

Unable to retrieve the guns and ammunition, deputies immediately began securing the area to ensure citizens were not injured during the incident.

Rodriguez said neither of the deputies sustained injuries and the cause of the fire is being investigated. 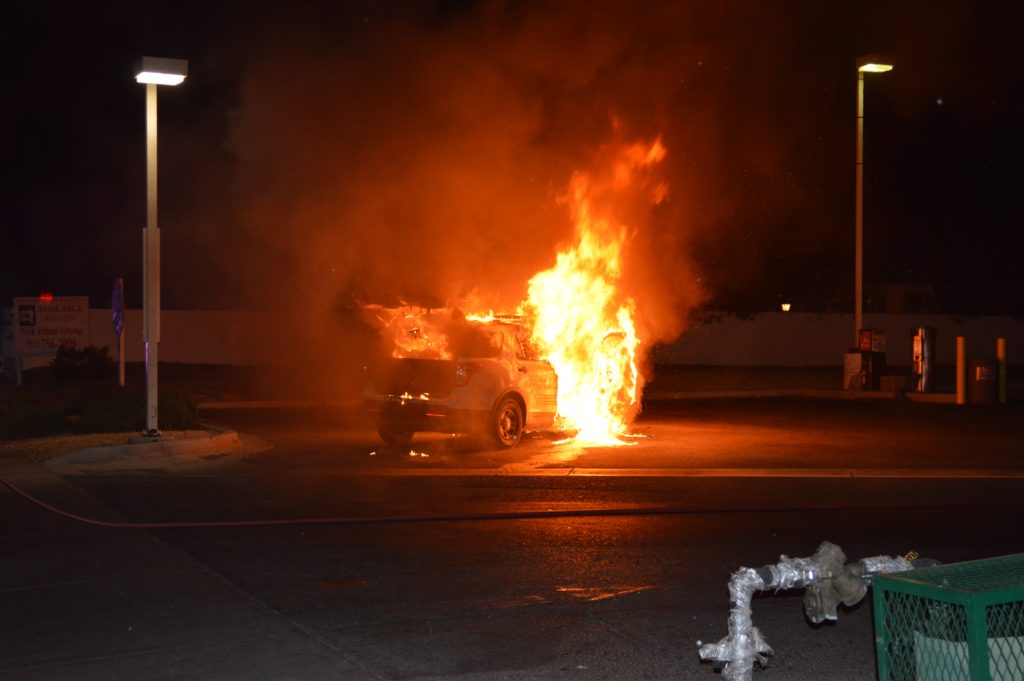 No injuries were sustained by deputies or citizens during the fire. 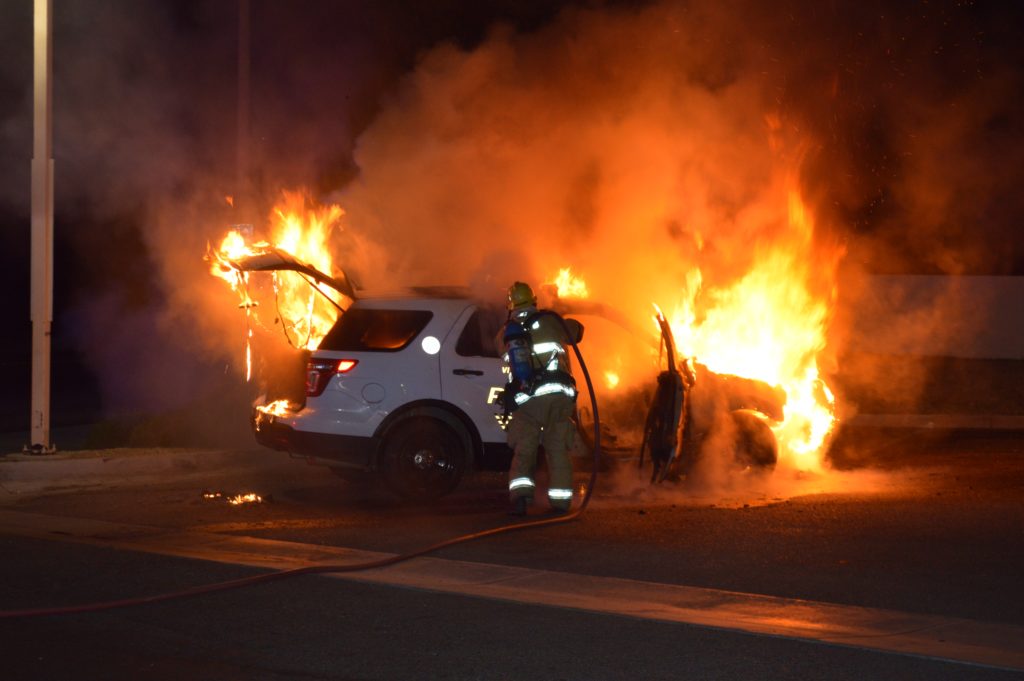 Flames engulfed the vehicle within minutes not allowing deputies to retrieve guns or ammunition from the patrol unit.