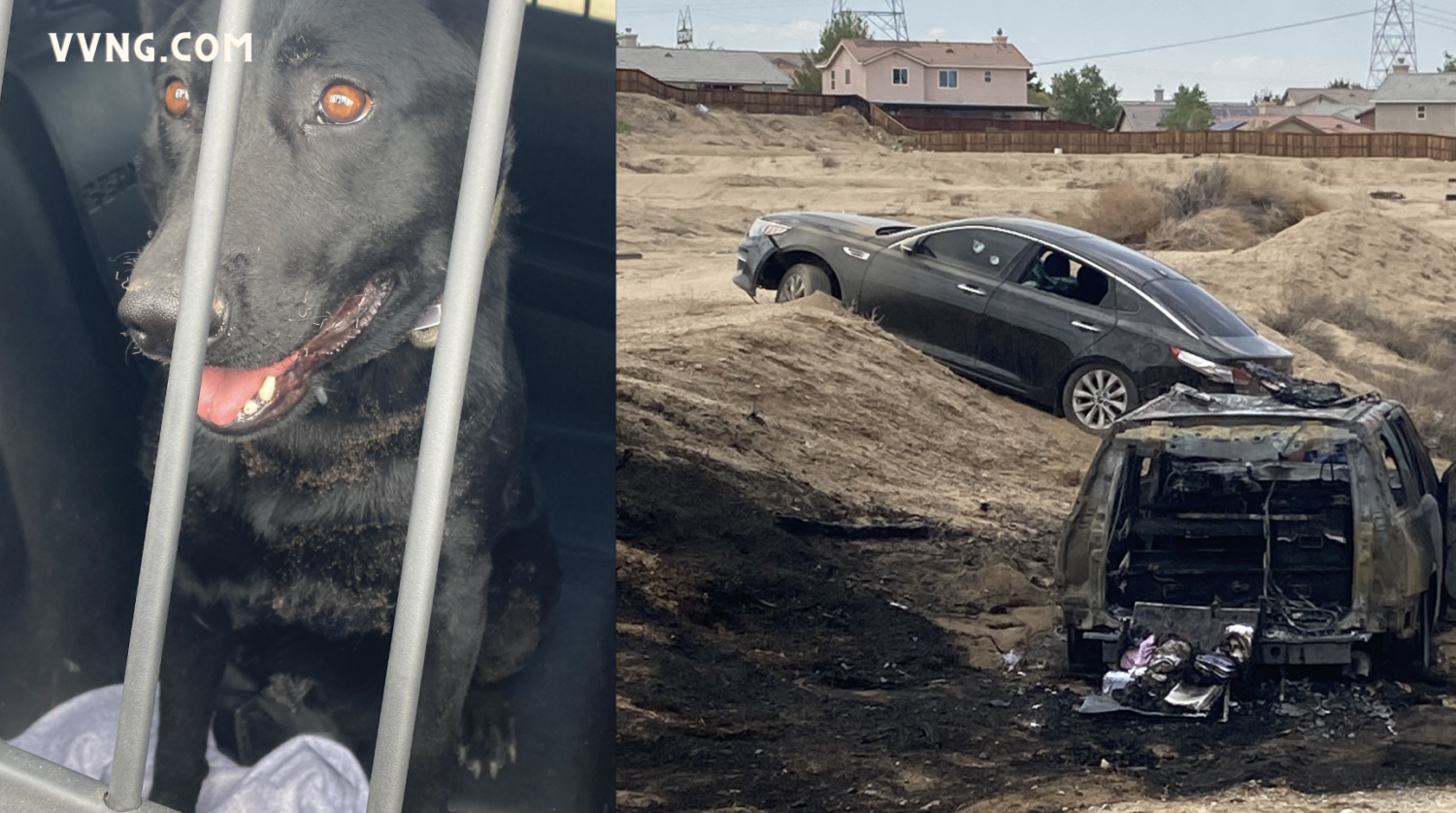 On Thursday, August 18, 2022, at approximately 1:38 p.m., while conducting proactive patrol, Deputy R. Polar from the Victorville Police Department located a 2016 Kia sedan that had been reported stolen earlier in the day.  Polar attempted a traffic stop, but the driver failed to yield.

The driver, later identified as 22-year-old Adam Mugica, a resident of Victorville, led deputies on a high-speed pursuit through the city, while the California Highway Patrol assisted with aerial support.

During the pursuit, Mugica drove with a disregard for public safety.  While driving in opposing lanes of traffic, he caused a non-injury traffic collision. Polar attempted to stop the vehicle again, but Mugica drove the stolen vehicle into Polar’s patrol unit then sped away.

Deputy J. Greterman assisted with the pursuit and attempted a pit maneuver on the stolen vehicle however, it remained operational.

The pursuit came to an end when Mugica high-centered the vehicle on a dirt berm in the desert near the intersection of Blue Canyon Road and Seneca Road, and Mugica refused to exit the vehicle.

At that time, Polar noticed Deputy Carroll’s K9 unit was on fire.  Deputies acted quickly to get Mugica to safety and get K9 Nina out of the burning vehicle.  Due to their quick response, Nina was safely rescued but sustained minor singeing to her whiskers and fur.

The vehicle quickly became fully engulfed in flames and the surrounding desert began to catch fire.  The city of Victorville Fire Department responded to the scene and extinguished the fire.

Mugica was booked into custody at High Desert Detention Center for Possession of a Stolen Vehicle (FELONY), Failure to Yield (FELONY) and Assault with a Deadly Weapon (FELONY).

The incident happened as Puesta Del Sol Elementary was preparing to release students for the day. One parent told VVNG the school was put on a brief lockdown and over the intercom people were informed to stay away from doors and windows.

Callers wishing to remain anonymous are urged to call the We-Tip Hotline at 1-800-78-CRIME (27463) or leave information on the We-Tip website at www.wetip.com.