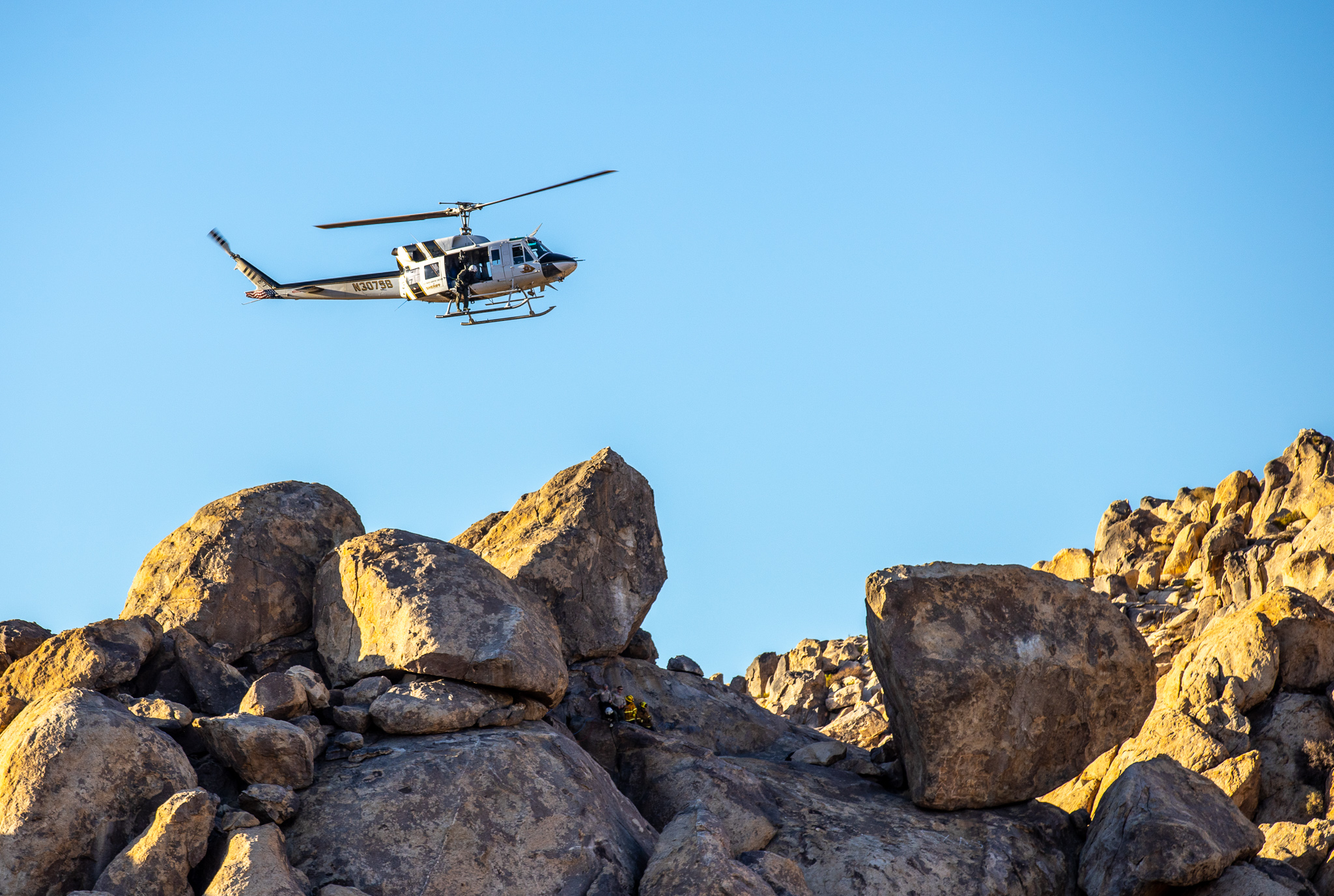 At about 3:38 pm on September 21, the victim and his girlfriend were hiking in the rock formations adjacent to Horseman’s Center Park in the 24300 block of Highway 18.

The victim’s mom, Kristin Thompson Davenport, posted on Facebook about her son’s ordeal and updated her family and friends as regularly as possible.

Kristin said her son Derek fell approximately 25 feet and landed on a bush that thankfully broke his fall. According to Kristin, the fall caused her son to temporarily lose consciousness.

Sheriff’s Aviation was requested by the Apple Valley Fire Protection District to assist in getting the injured hiker out.

Emergency crews determined a hoist rescue would need to be conducted. The helicopter pilot maneuvered the helicopter directly above the area of the injured hiker and lowered several harnesses.

The victim was placed into a rescue harness, hoisted into AR307, and flown to Arrowhead Regional Medical Center.

Kristin said her son doesn’t remember anything after the fall and he suffered a broken nose, broken left arm, and a big gash to the back of his head.

Kristen said she’s truly grateful for his girlfriend whom she called a hero for being there with her son before rescue personnel arrived.

“She not only got him conscious, but she also called 911 and got to him to make sure he was breathing,” stated Kristin. “This is why it is always important to have a buddy system. He has hiked these rocks 100 times. 101 and this happened,” stated Kristin.