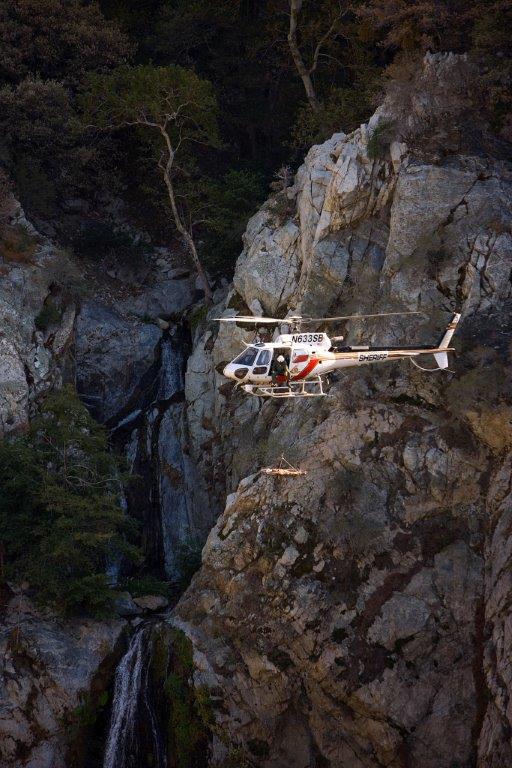 APPLE VALLEY:(VVNG.com)- A 20-year-old Costa Mesa man was hoisted to safety over the weekend by Sheriff’s Air Rescue 7 after suffering from a medical emergency while on the Pacific Crest Trail near the Deep Creek spillway in Apple Valley.

On Saturday, March 26, 2016, Zachary Hunt, was with friends cross-country running when Zachary began having a medical emergency. Zachary’s friends called 911 and requested assistance.

According to a Sheriff’s press release, Sheriff’s patrol helicopter 40K6, piloted by Deputy Roberg and Deputy Kowalski, responded and searched for Zachary. After a brief search, Zachary was located and appeared to still be suffering from an emergency. Sheriff’s rescue helicopter Air Rescue 7 responded and determined Zachary would need to be hoist rescued. Due to the remote location and steep terrain, the crew was unable to land near Zachary.

Zachary was flown to a nearby waiting ambulance and treated with non-life threatening injuries.