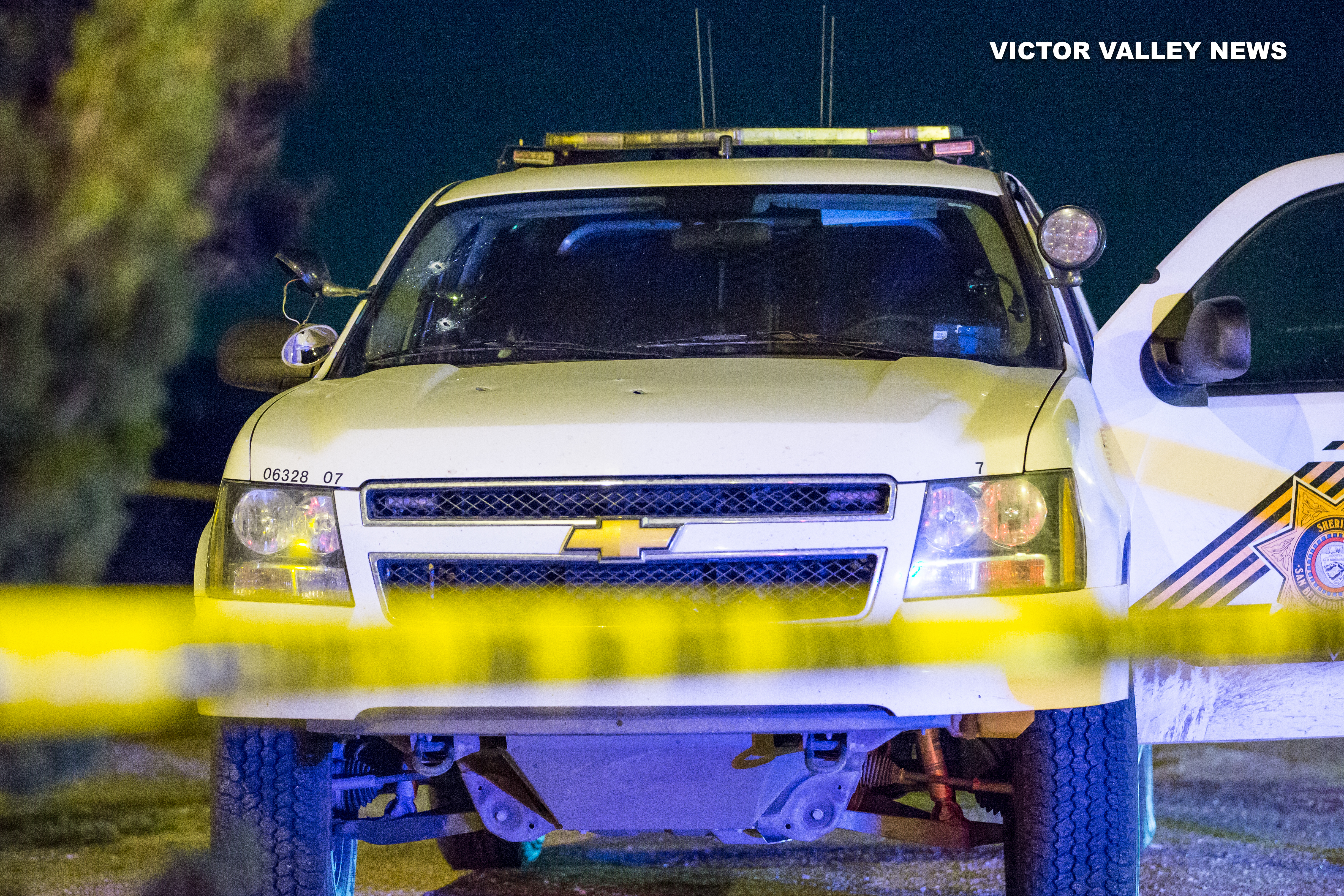 HESPERIA, Calif. (VVNG.com) A San Bernardino County Sheriff’s Deputy was shot in his vest after several rounds were fired into his vehicle by a robbery suspect.

The Deputy was performing an area check at 12:37 a.m. early Thursday morning after an armed robbery was reported at the Chevron gas station on Ranchero Road and Escondido Avenue.

According to scanner traffic, the deputy located what appeared to be the suspect vehicle and the possible suspect.

The deputy reported the suspect was uncooperative and shortly after reports of shots fired were received by dispatch.

The deputy appeared shaken up and could be seen holding the left side of his rib cage. He was transported by ambulance to a local hospital.

Scanner traffic described the suspect vehicle as a gray Chrysler with paper plates that left the location northbound on Escondido Avenue.

The Sheriff’s helicopter was requested to assist in the search of the suspect that remains at large. Ground deputies saturated the surrounding areas as they conducted an extensive search.

No further information is available at this time and the story is still developing.

For up to the minute news join our 91,000 other members on Facebook group Victor Valley News.