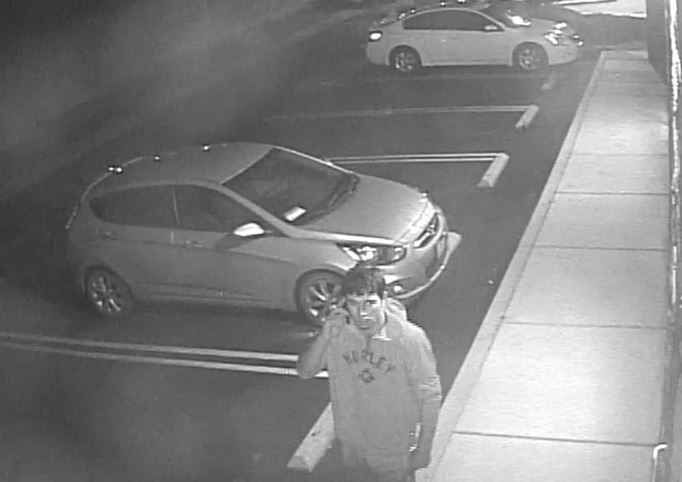 APPLE VALLEY-(VVNG.com): Sheriff’s Detectives from the Apple Valley station are attempting to identify a man that is wanted for indecent exposure. The man, described as a white or Hispanic male adult, 5’10”, 150 pounds, in his early 20’s with short black hair reportedly exposed himself to women and children on Thursday, October 22nd.

The unknown suspect allegedly went into a hair salon located on the 16000 block of Tuscola Road in Apple Valley and exposed himself and masturbated in front of the front glass window of the business. Clients were inside the salon, including a child who witnessed this incident.

Sheriff’s officials say that the  suspect was wearing a two toned gray hoodie with “HURLEY” on the front of it and black sweatpants with white stripes on both sides of the pant legs.