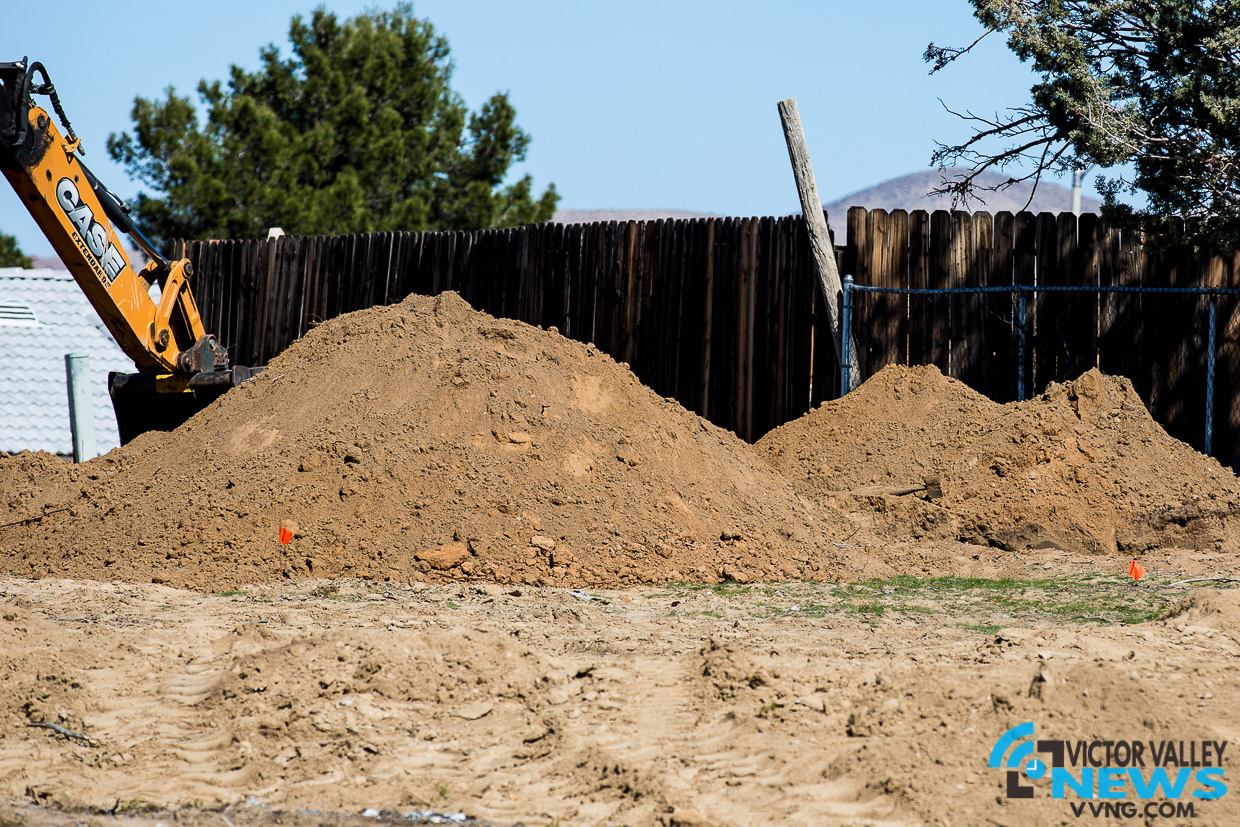 UPDATE @ 12:35 PM- Authorities announced the device found was a dummy round.

VICTORVILLE, Calif. (VVNG.com)- Authorities were dispatched to the 14900 block of Hopland Street after a suspected explosive device was unearthed.

The device is believed to be an old explosive used by the military personnel. A military specialist said the device has a potential of exploding up to 100 feet.

“It seems to have been there for a very long time, we want to take every precaution to ensure the safety of the residents here,” Sgt. Juarez said.

The Sheriff’s Bomb & Arson division have been called to the construction site. Homes in the immediate area have been evacuated as a precaution.

Authorities at the scene confirmed Challenger School of Sports & Fitness is not in the impacted area.