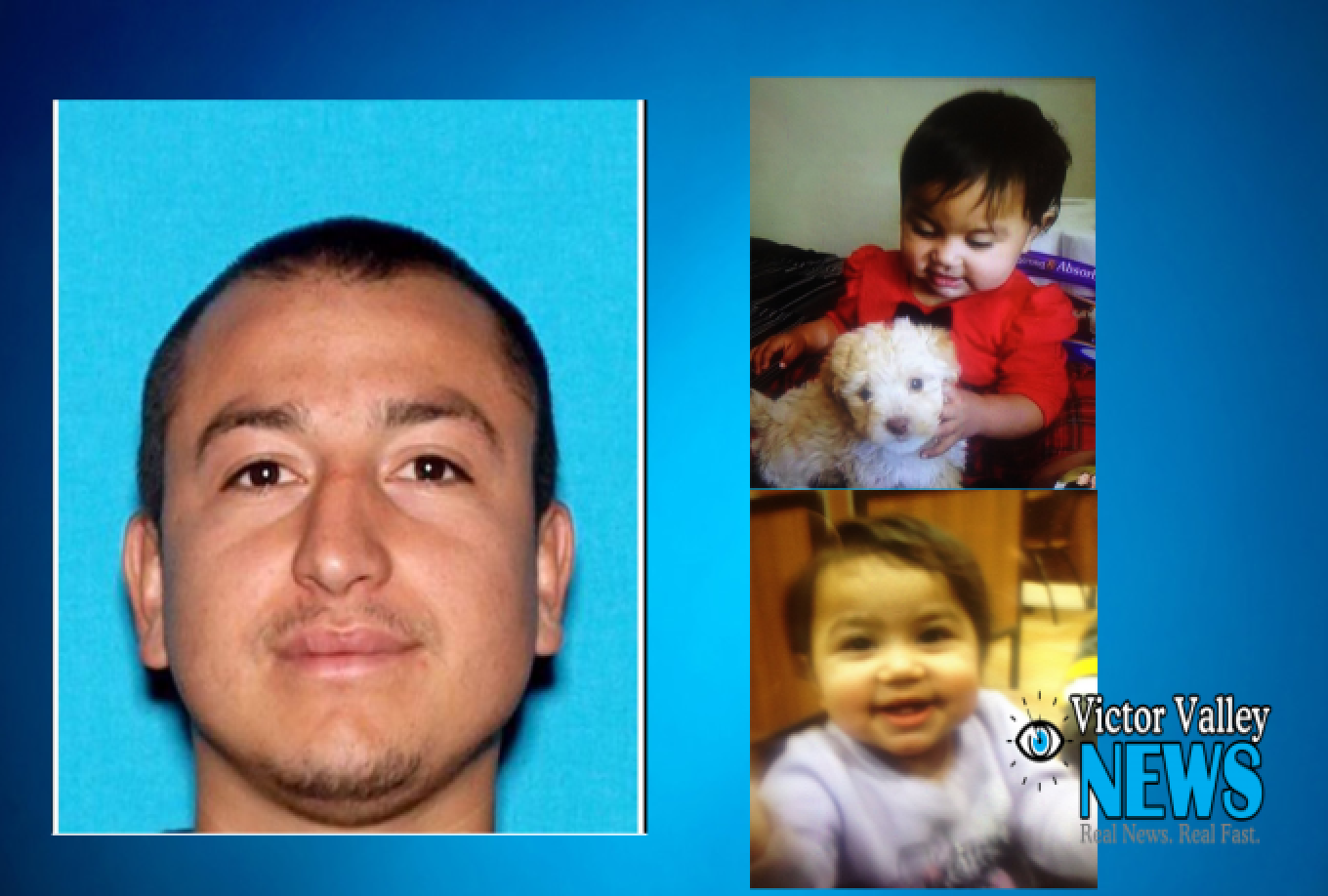 The suspects inside a black Honda Accord stopped the vehicle involved in the pursuit at the intersection of 7th Street and E. Sage Street in Victorville before foot bailing. (Photo by Hugo C. Valdez, Victor Valley News)

UPDATE: (6:00 p.m.) Sheriff’s Spokeswoman Cindy Bachman said that the suspect left the 1-year-old girl with a family member and continued to flee on foot. The suspect is still at large.

VICTORVILLE-(VVNG.com): The San Bernardino County Sheriff’s Department has released a photo of the suspect in the Wal-Mart armed robbery and high-speed pursuit on the I-15 northbound Wednesday afternoon. The suspect vehicle, a black Honda Accord, exited the freeway on Palmdale Road and headed westbound on 7th Street.

The vehicle stopped on 7th Street and East Street. The Hispanic man wearing shorts, a gray hoodie and a black beanie fled on foot from the scene with a 1-year-old child as two of his passengers were detained. The suspect ran into the “Taqueria Los Hermanos” on the 14200 block of 7th Street leaving the infant car seat and taking the baby as he continued to flee.

The suspect, identified as 24-year-old Jose Garcia is still at large and deputies from the Victorville Station have released a photo of him and his 1-year-old child that was last seen with him in hopes that someone may have information regarding their whereabouts.

ALERT: Several Road Closures in Hesperia Due to Flooding