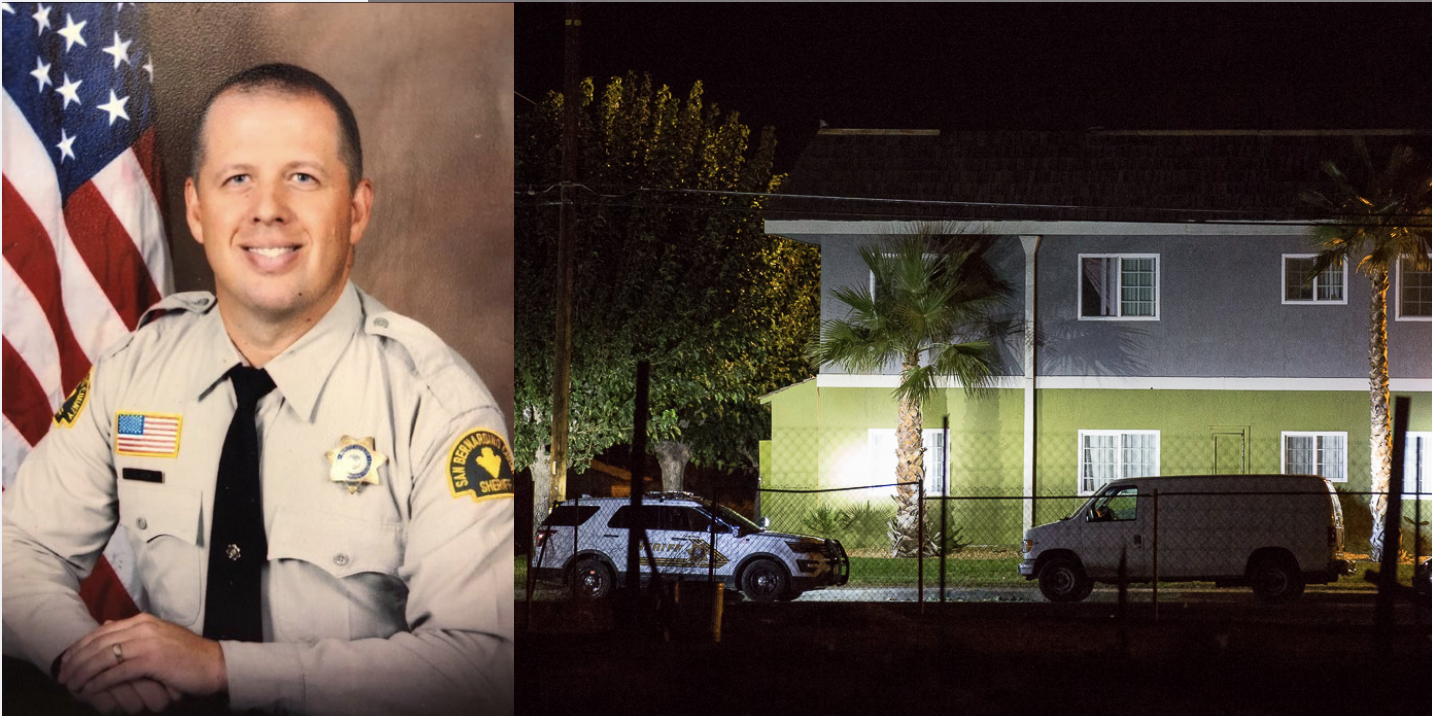 Deputy Jahn was shot one time in the lower abdomen as he and his partner responded to investigate a shots heard call at the Raintree Apartments in the 18000 block of Bellflower Street in Adelanto just after 1:00 am.

After the gunfire, deputy Jahn was transported via helicopter to Arrowhead Regional Medical Center (ARMC) and was rushed into surgery immediately.

Sheriff McMahon held a press conference just before noon on Thursday, October 18, 2018, outside of ARMC and told reporters the deputy is now out of surgery and in ICU in critical but stable condition.

McMahon told reporters the investigation is on-going and they aren’t exactly sure what led up to the initial gunfire but the deputies first heard it while they were on a traffic stop in the neighborhood.

According to McMahon, Jahn was wearing his vest and the bullet went below the vest but it did not strike the vest itself and penetrated the abdomen.

“According to the doctors a round went through the abdomen and struck several organs and they treated and fixed those the best of their ability, he remains in critical condition and they will continue to monitor his progress, said McMahon.

During the subsequent investigation, deputy sheriffs were able to identify two suspects that they believed were responsible for the shooting.

Both suspects are 26-year-old men out of Los Angeles and were identified as Nicholas Ruiz and Larry Carino. The suspects are in custody and will be booked shortly in one of the detention centers.

McMahon also said authorities aren’t sure if this was some type of ambush and that will be determined through the investigation. Authorities said a firearm was recovered during the search of the apartment in Adelanto.

The SWAT team has cleared the apartment complex and we do not believe that there is anybody else associated with this crime that we have not interviewed or is not in custody, officials said.

“As you may be aware this is the third event in the last 14 days where our deputy sheriffs were fired upon by suspects in this county. It’s important to remember that we have a great deal of community support in the county of San Bernardino but there are some dangerous people on the streets and our deputy sheriffs are out there every day doing their best to protect those that we are responsible for protecting in the county of San Bernardino,” stated McMahon.

McMahon went on to say that the deputies that were on scene and helped Deputy Jahn did an incredible job getting him out of the line of gunfire and to the helicopter and medical support to get him transported here to ARMC for treatment.

Deputy John has been with the department for 5 years, assigned to the Victor Valley Station for two years. McMahon said the deputies family is doing well and they are at the hospital with him.