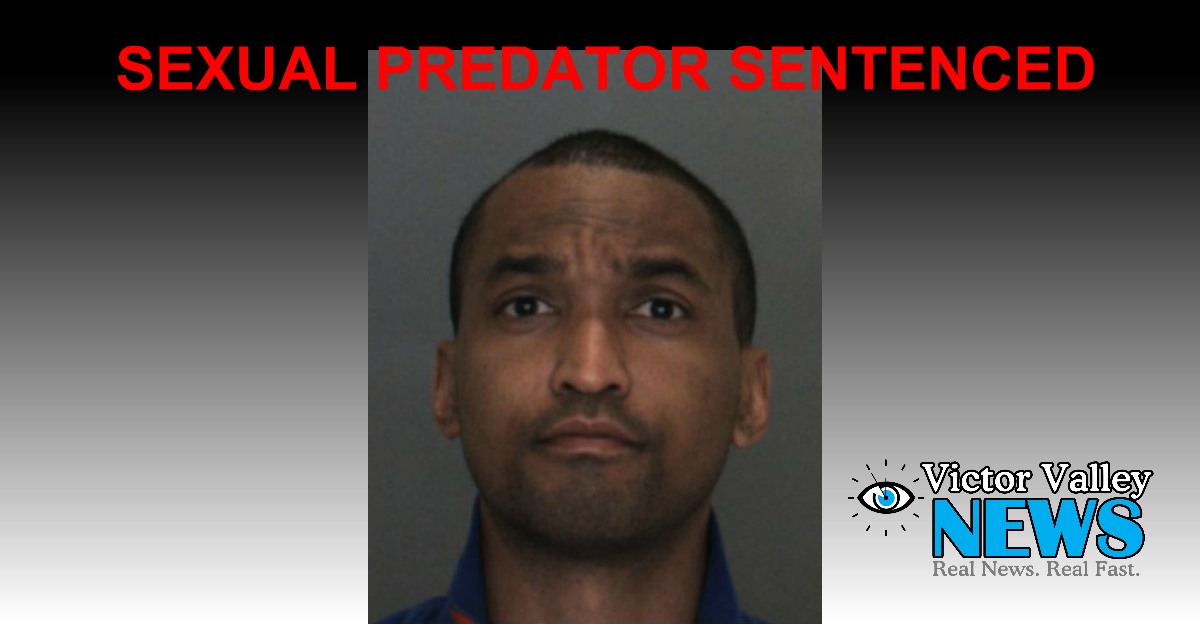 SAN BERNARDINO, Calif. – A Victorville man was sentenced today to six years in state prison and ordered to register as a sex offender for sexually assaulting an 11-year-old girl at a department store earlier this year.

On Feb. 26, 2016, Verrett entered a Bed, Bath & Beyond store in Victorville looking for underage girls. During this time, the 11-year-old victim was at the store with her family.

According to Deputy District Attorney Maggie Yang, who prosecuted the case, the victim was sitting at the massage chairs at the front of the store with her 14-year-old sister when Verrett started talking to her.

“He told her she’s really pretty and asked about her necklace,” said Yang. “The defendant then asked the victim how her massage was going and then made a lewd comment. He then leaned forward and placed both of his hands on the victim’s upper thighs, with his thumbs on her inner thighs.”

According to Yang, the victim was frightened by the defendant’s actions and froze. She later testified in court that she froze because she thought she was going to be kidnapped.

Her 14-year-old sister saw what happened and grabbed her and the two ran to their mother to tell her what happened. When the mother confronted Verrett, he denied touching the victim.

While being interviewed by law enforcement, the defendant admitted that he was getting aroused, and that if there were no laws and no one was around, he would have gone further with the victim.

“Fortunately, we were able to remove this sexual predator from our community and secure justice for the victim and her family,” said Yang. “However, this still remains a traumatic experience for the victim to this day. Her sister testified in court that they don’t talk about what happened because even four months after the crime occurred, her younger sister is still very much affected by what had happened.”