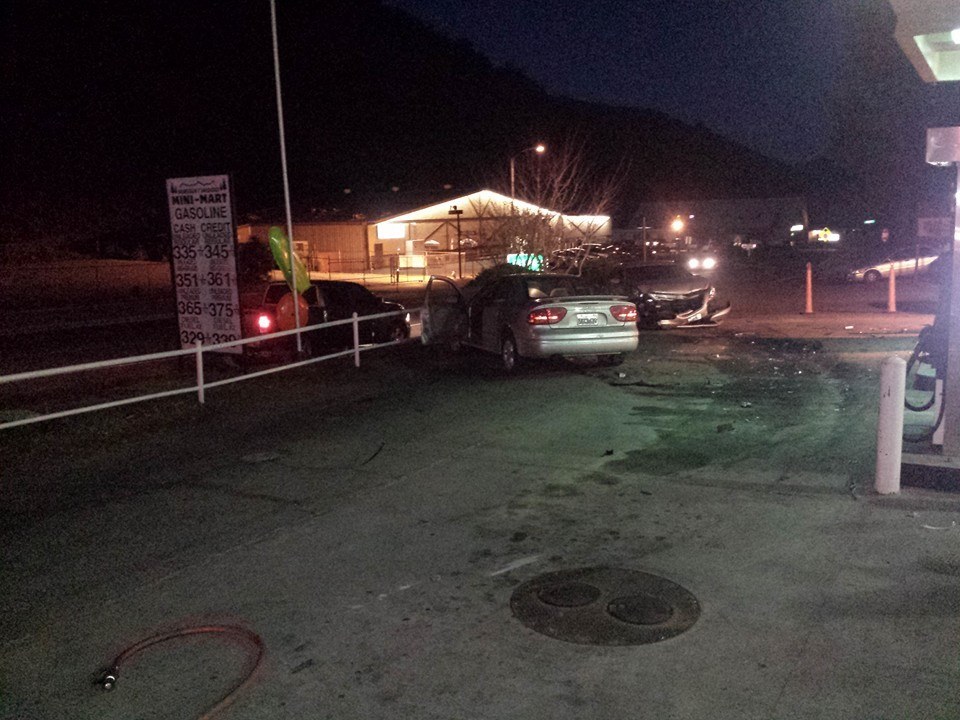 WRIGHTWOOD-(VVNEWS.com):  A 22-year-old Phelan man was arrested after severely injuring a man at the Wrightwood Mini Mart in the evening of Monday, March 9th.

The collision occurred at around 6:45 p.m. in the Mini Mart parking lot located on the 1300 block of Highway 2.

The vehicle, driven by Phelan resident Andrew Brian McManus according to witnesses appeared to be driving approximately 65 miles per hour in a 35 mile per hour zone when he lost control colliding with the victim’s parked car.

The collision caused the victim, who had just exited his vehicle that he parked by the gas pump, to become pinned between his vehicle and the concrete barriers at the gas station.

The collision resulted in severe injuries to the victim resulting in transport to Arrowhead Regional Hospital in Colton. McManus was arrested on suspicion of felony DUI and was booked at the High Desert Detention Center where he remains in lieu of $100,000 bail.