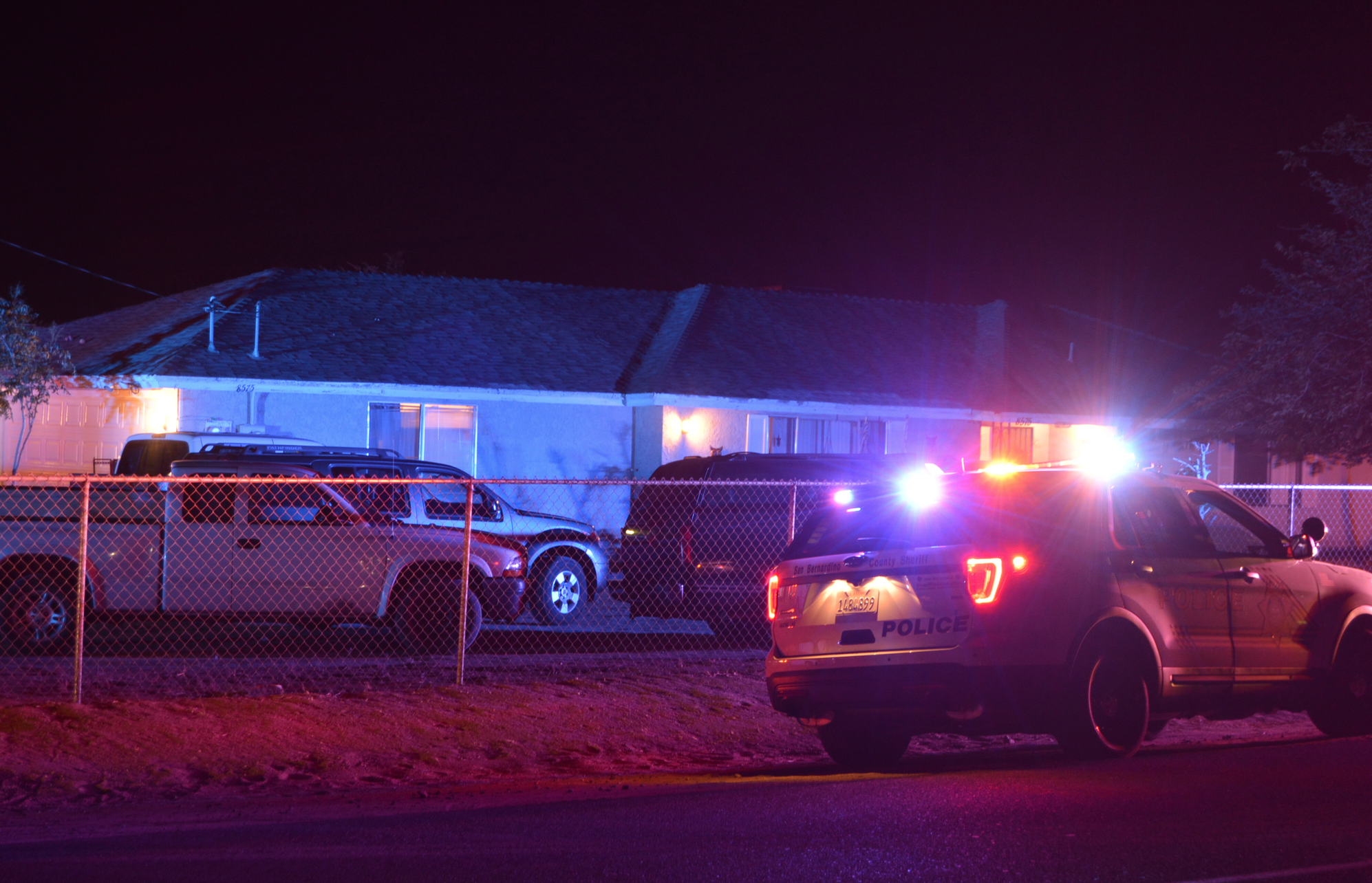 HESPERIA-(VVNG.com):  Several people suffered knife wounds while attempting to break up a family fight late Sunday night. Hesperia station deputies and the San Bernardino County Fire Department medics responded to a report of a possible stabbing of multiple parties at a home on the 8500 block of Cottonwood Avenue.

The reporting party told the dispatcher that a family member was attempting to stab them. Upon arrival, the suspects already fled the scene. Deputies located knives that they believed were used in the assault .

Through investigation, it was learned that two male family members, one armed with knives got into a fight. One of the males was knocked down and family attempted to disarm the man with the knives causing lacerations to their hands and fingers.

The victims were treated by paramedics at the scene. The two suspects were located and were transported to the hospital for the injuries sustained during their fight. San Bernardino County Sheriff’s officials said that of the twenty family members who were involved in the fight none were stabbed.

The case has been submitted to the San Bernardino County District Attorney’s office for possible charges against the two suspects.<