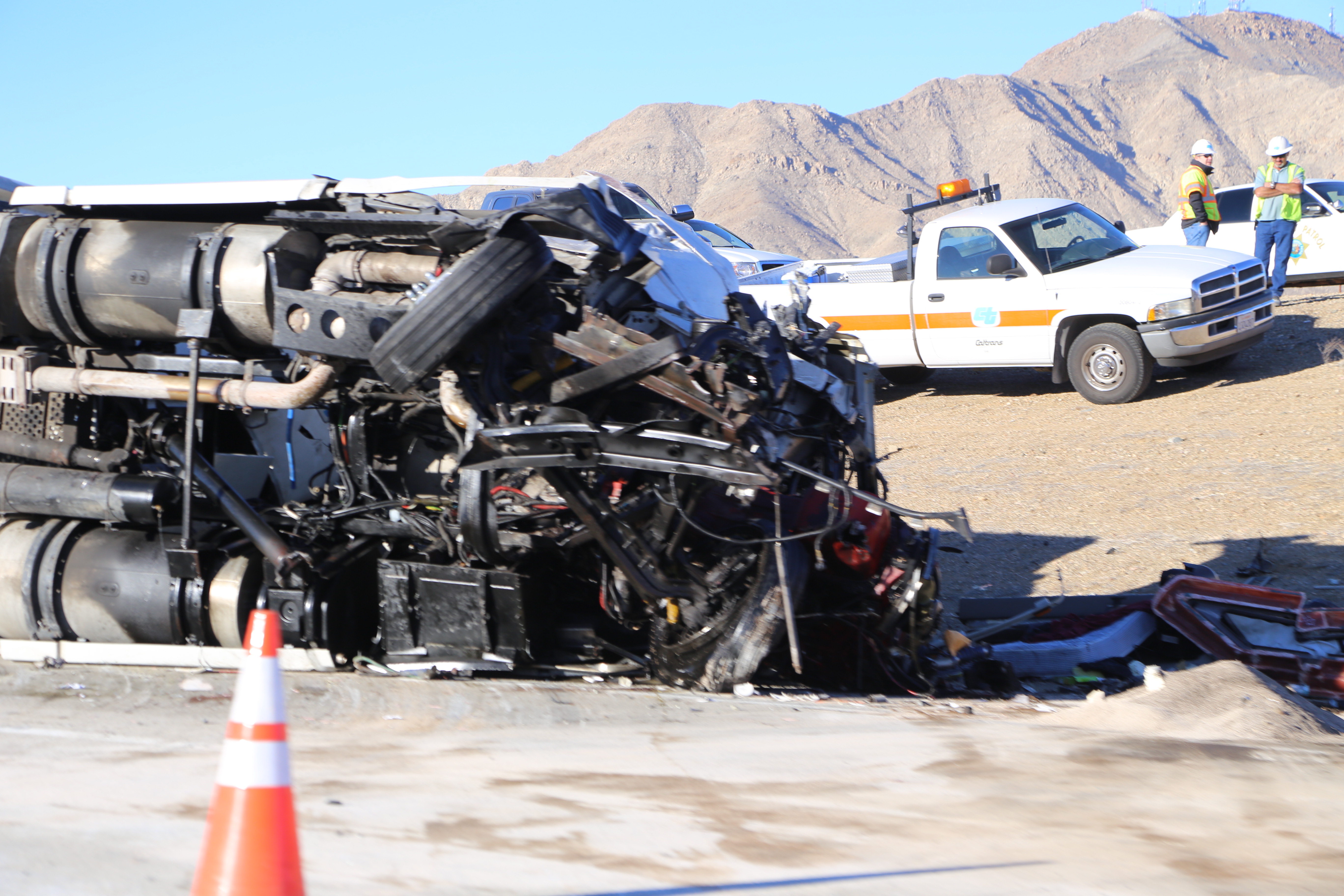 Approximately five semi trucks traveling on the I-15 freeway South were involved in several major accidents within a mile of each other.

It appears that two semis initially collided, causing one of them to flip on it’s side with its tail facing the opposite direction of traffic. The cab of that truck received major damage.

About a quarter mile pass the first incident, two other semis were involved in a collision, where it appears one may have rear ended another, causing damage to the back of the trailer.

The third incident, involving an overturned meat truck, is visible about another half from the first two incidences. Thousands of pounds of frozen meat had to be transferred to a new refrigerated semi, to avoid spoiling.

Several Cal-Trans employees worked hard at cleaning the debris to reopen the freeway which had been closed for several hours, causing a sig alert to be issued.

The first incident was reported shortly after 4:00am Monday, and as of 9:00 a.m. traffic remained heavy as all lanes had not been fully re-opened.

The extent of injuries are unknown at this time. Please join our lives news group with over 26,000 members. www.Facebook.com/groups/victorvalleynews